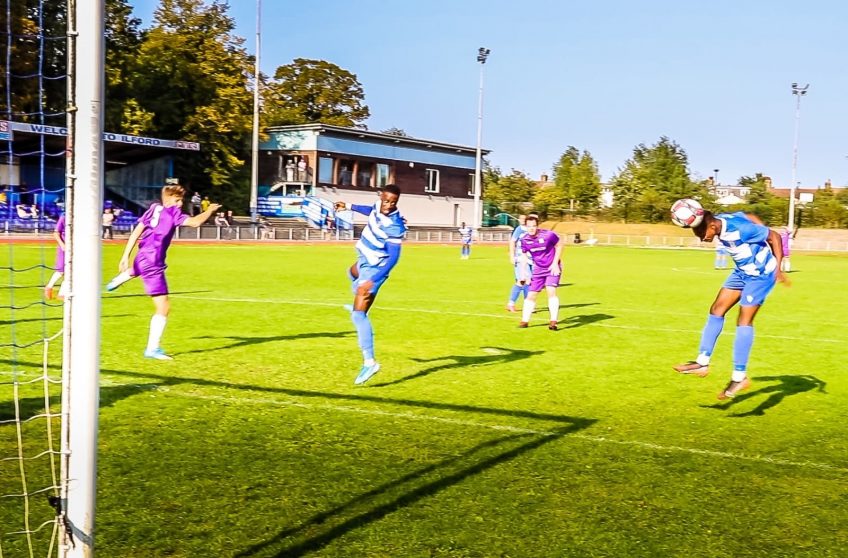 The Vase campaign ended in cruel fashion for Walthamstow who travelled to Ampthill Town and ended up losing 4-2 on penalties. The game had been level at full-time at 1-1, with the hosts scoring via Lawrence Burton, while Stow netted theirs via a Vinny Murphy free kick from the halfway line. Toner had a long range effort tipped over, while Mitchell had a free kick in the secon dhalf that crashed against the crossbar. Lady Luck was to turn her back on Walthamstow in the penalty shoot-out. Clapton also lost on penalties after their game with Petersfield United had also ended in a 1-1 draw. The visitors took the lead in the 49th minute when Bailey Newbury converted a penalty. However Jack Mitchell levelled up nine minutes later; but the resulting penalty shoot-out saw the Tons miss all three of their penalties, while Petersfield were able to score from each of their three kicks meaning they won the tie 3-0 on penalties. It was a bad afternoon for Hoddesdon Town who fell behind to a 10th minute Charlie Norman goal and it didn’t get much better after that. Kieran Twinn doubled the lead in the 23rd minute, but hosts then scored three more in the second half as Twinn went on to notch a hat-trick, with Jamie Smith the other scorer Walsham le Willow’s 5-1 success. Hoddesdon managed a reply in the 83rd minute via Jack Gibbs. Stansted meanwhile also lost on their travels as Milton Keynes Irish ended their Vase campaign with a 2-0 victory. Shane Uings opened the account in the 13th minute and then Mason Spence on the hour closed it. Ilford however booked their place in the 2nd Round draw after a 4-1 win over FC Clacton. The visitors were leading at the break as Sean Bartlett had broken the deadlock in the 16th minute. Mo Kargbo levelled up in the 51st minute and six minutes later Yemi Adelani handed the Foxes the lead. Kargbo then extended the lead even further in the 64th minute before Fred Agyemang rounded up the scoring in the 73rd minute to see his side complete a second half turnaround.

The rain put paid to the Southend Manor v Redbridge and Takeley v Sporting Bengal United encounters. That left just one league game and that did go ahead as Saffron Walden Town moved up to 4th following a 2-1 win over bottom-placed Woodford Town. The Woods got their first win of the season in midweek and showed fighting spirit here as they fell behind to a 26th minute Billy Jones goal, but levelled up in the 55th minute through Jayden Charles. Ollie Fortune popped up to score the winner for the hosts in the 77th minute who have bounced back from last weekend’s home defeat to Walthamstow by winning their next two league fixtures.