Is this a true “catastrophe”?


On today’s programme we heard about the unfortunate woman who, whilst working from home, nipped out for half an hour to get a sandwich, only to find that during the short time she had been out, the house had flooded with water pouring through the ceiling. 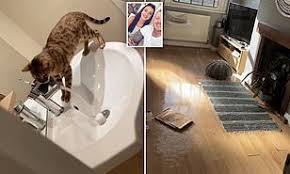 An immediate investigation as to the cause revealed that it was all due to a tap in the bathroom being turned full on with the plug sitting neatly in the basin.

But how could this be?

No the culprit turned out to be the family cat, Amber who had suddenly discovered how to turn the taps on – indeed house owner Jasmin Stork and her partner Rob had filmed the cat triumphantly achieving this trick just a day or so earlier, but at that stage Amber had not mastered the plug.

The repair costs are as yet unknown, but will certainly be substantial, and from now on Rob and Jasmin will be making a conscious effort to keep the bathroom door closed to prevent another “catastrophe”.

Now I live in an area designated as Tier 1, but somewhat strangely, my immediate neighbours are classified as living under Tier 2 restrictions, so I’ve put a barrier at the bottom of our drive to keep these potentially more infectious citizens at a safe distance!

So why do I mention this? Well on today’s BYGONES FEATURE, Margaret Mills talked about a border dispute in the 1700’s which was only resolved once authorities determined which side of a bed a lady slept on.

I kid you not! 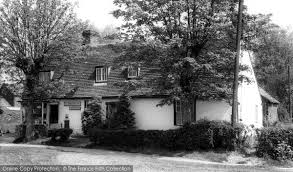 The dispute concerned East Hanningfield and Great Baddow and, if you missed what Margaret said,  you can hear all the details here: –