Congratulations to Phoenix FM presenter Courtney-Lee Collins who has been recognised in the Queen’s Birthday Honours List! 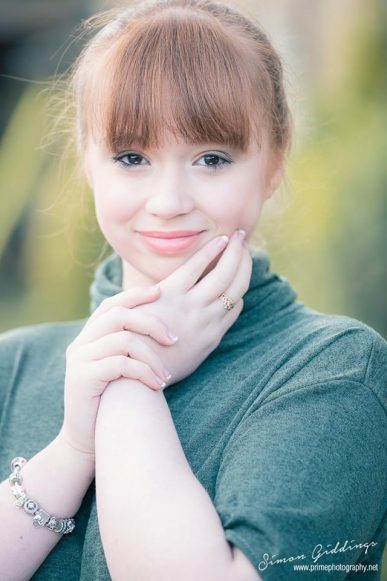 Courtney-Lee, who turned 21 earlier this week, has been awarded a British Empire Medal for her services to charity.

Courtney-Lee’s mother, Wendy, said: “She is beyond thrilled and is looking forward to meeting the Queen and other Royals at Buckingham Palace next year.”

She donates to the Thurrock Foodbank regularly and has so far donated over three and a half tonnes of food.

She visits Basildon Hospital children’s wards to donate Easter eggs, art supplies and selection boxes as well as a huge amount of items from her charity events.

She has also visited Basildon’s Puffin and Wagtail wards dressed as Disney’s Princess Belle and Princess Anna to meet the patients. Courtney-Lee was honoured to have been invited back as Anna to witness a young patient ringing the bell at the end of their cancer treatment.

Courtney-Lee has donated 600 plus brand new toys, games and art supplies each to Darent Valley, Queens and King George’s hospital.

She has been an Ambassador for Follow Your Dreams, a Charity that supports children and young people with special needs and learning difficulties for around 7 years now. She has raised several thousand pounds for them, as well as donating eggs for their Easter egg appeal each year.

Courtney-Lee is a regular donor to women’s charity organisation Changing Pathways, which is a refuge for women and children escaping domestic abuse. In one donation there was over 2000 brand new items collected from her charity events.

Courtney-Lee has donated cakes and biscuits to a number of residential homes and helped with their dinners and McMillan and Alzheimer’s coffee mornings. She donated over 550 brand new items to Essex Wildlife hospital.

Courtney-Lee has donated brand new garden items to the residents at Leatherland Lodge care home and helped with an event to donate new board games to them again shortly after. She has stood for hours in the cold collecting for Marie Curie’s daffodil appeal…complete with a big yellow daffodil top hat!

Last year she started her own campaign called 7 heroes in 7 days and took a selection of treats to groups and organisations she believes are heroes..including Grays fire brigade, Grays police and Grays ambulance service.

She has taken part in a number of sponsored events for charity, including walks, fun runs and danceathons.

Courtney-Lee set herself a target to donate sensory boxes to every autistic pupil at Treetops school just before lockdown and intends to carry this on when the Coronavirus pandemic is more under control.

She attended a tea party for ReEngage Thurrock, helping to get isolated elderly people mixing with each other.

Courtney-Lee has compered for a vast number of charity pageants, fashion shows and other events.

She also runs her own natural pageants, raising money and encouraging donations for various charities and organisations.