It’s astonishing how technology keeps on moving forward at ever faster rates!

And today we heard about what can now be achieved using so-called 3D printers.

But I wonder just how you would fancy eating a steak that had been produced by a 3-D printer? 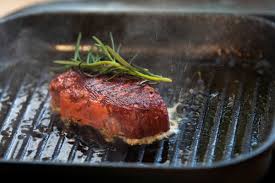 Well Israeli company REDEFINE MEAT is hoping to encourage people to embrace an animal free diet by creating steaks that look, taste and smell like the real thing without the involvement of any cattle.

The steaks are instead created using a combination of “a proprietary 3D meat modelling, food formulation and food printing technology to deliver a new category of complex-matrix “meat” in a cost effective and saleable way’.

The full list of ingredients is being kept secret for now but is known to include soy and pea proteins, coconut fat, and sunflower oil.

The company’s long-term aim is to scale up the printers and sell them to meat distributors globally, thus reducing our reliance on cattle farming.

CEO of the company, ENSHCHAR Ben-Shitrit says that at present each of their machines can daily produce the same amount of food – that is 250Kg as a cow, but admits that it has a long way to go before they can match the scale of a slaughterhouse, but hope that their new generation of machines, due for release next year will be 3 times more productive.

The company is acutely aware that the taste of the steaks will be vital to its success and the whole operation is geared around creating the most realistic replica possible so the steaks couldn’t be higher!

But if a printed steak is not to your taste, what about a house? 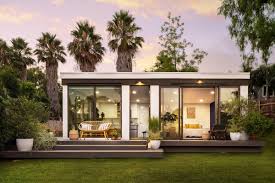 Yes, truly MIGHTY BUILDINGS based in OAKLAND CALIFORNIA  says that using a 20ft printing machine, they can knock up a modular home in under 24 hours.

Unlike concrete, the material used hardens almost immediately thanks to a UV light curing process meaning that as well as being produced quickly there’s around 95 percent fewer labour hours.

Sam Ruben, chief sustainability officer and co-founder of the company, said, “The 3D printing, robotic post-processing, and the ability to automate steps like the pouring of insulation means that Mighty Buildings will be able to automate up to 80% of the construction process.”

And what’s more it is claimed that the system used generates 10 times less waste!

What’s more to be said?