Is this really art or just rubbish?


On today’s programme I once again vented my spleen on the world of modern art. 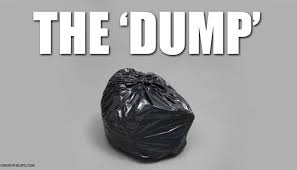 This followed the news that a British artist – GAVIN TURK – has just produced a new creation called DUMP, which looks like a smelly bin bag full of old rubbish, but is nevertheless expected to fetch at least £51,000!

Now I ask you would you really want to splash out over £50k for this creation, when you can have the real thing for free?

Phillips Auction House who have already lashed out £32,000 for some of this artist’s previous works and are busy promoting this latest offering on Facebook.

“A bag full of discarded products, unrecycled organic matter thrown in with the by-products of our wasteful consumerist lifestyles.

This rubbish is encapsulated in the formal roundness of this classic trompe-l’œil (trick of the eye) artwork.

We are defined by what we throw away and conversely we are deconstructed by what we choose to display in our hallowed museum halls.

It makes you re­consider the value of art and the labour that goes into making it.”

Well you can’t say fairer than that!

Turk is recognised as a member of a group known as the Young British Artists who started exhibiting together in London in the late 1980’s and had a major impact on the global arts community.

Among their numbers are Damien Hirst – who gained notoriety in the early 90’s for his series of works using formaldehyde to preserve dead animals – and Tracy Emin, perhaps most famous for her 1997 work, “Everyone I Have Ever Slept With 1963-1995”, which featured a tent appliquéd with the names of everyone she had ever shared a bed with! 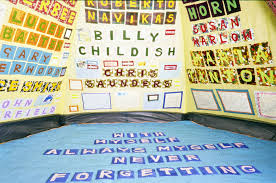 Turk, meanwhile, is known for his series of prints of Elvis and posters of Che Guevara, which gained him some notoriety at the beginning of the century.

Moving on from modern art, over in Israel last week residents ofd Tel Aviv were more than a little surprised when a drone started dropping large numbers of packages of cannabis on citizens strolling across RABIN SQUARE. 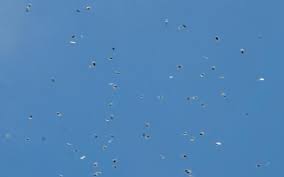 Apparently people rushed to get their fill of the weed before police closed in.

It seems that the stunt was the work of an organisation known as THE GREEN DRONES, who posted details of the drop on their website announcing, “It’s time my dear brothers. Is it a bird? Is it a plane? No, it’s the green drone, handing out free cannabis from the sky… Enjoy my beloved brothers, this is your pilot brother, making sure we all get some free love.”

It seems that the aim of the organisation was to publicise, their weed delivery service and aren’t ruling out doing another mass drop of their product in the future as the coronavirus pandemic has forced them to think ‘outside the box and [come] up with new ways of getting cannabis to consumers’. 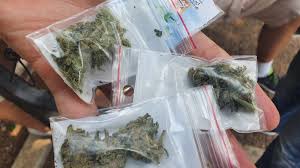 They are promising a ‘rain of cannabis’ every week where they split split one kilogram of weed into two-gram baggies and let them fall down to the masses.

Weed is still very much illegal in Israel and only permitted in limited circumstances for medicinal purposes.

Two bills have been introduced to Israel’s parliament this year, one to decriminalise weed and one to legalise it, and they’ve both been voted in favour. The two bills have been advanced to preliminary reading.

Interestingly, while cannabis is illegal in Israel, it appears to have been used for a really long time in the country. A recent study found that cannabis resin was found on an alter in a shrine built around 750 BCE, according to local media.

Meanwhile 2 people in their 30’s have been arrested in connection with the drop and were allegedly dealt with accordingly.