Today we reported on two surveys that have just been completed.

First off we learnt that it has just been found that young people are intimidated by “full stops’ used in social media, as allegedly they are interpreted as a sign of anger! 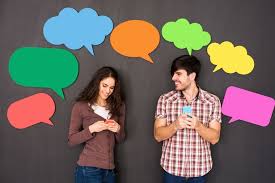 Yes, apparently the “so called” GENERATION Z – those in their teens and twenties, who’ve grown up with phones and other tech – tend to send messages with very little, if any punctuation so when full stops are used in text, they perceive it as passive aggression and a sign of irritation!

According to Leiden University professor, Dr Lauren Fonteyn, “If you send a text message without a full stop, it’s already obvious that you’ve concluded the message, so if you add that additional marker for completion, they will read something into it and it tends to be a falling intonation or negative tone.”

Incredibly a 2015 study conducted by BINGHAMPTON UNIVERSITY in New York, 126 undergraduates found that texts ending with a full stop were perceived as insincere, whereas messages ending with exclamation marks were considered more heartfelt.

And Professor David Crystal, who is apparently one of the world’s leading language experts, argues that the meaning behind the usage of full stops is changing fundamentally and says that users of instant message services only ever use full stops to make a point.

It seems that the 16-year old son of a crime novelist revealed that if he received a message which included full stops at the end of sentences, he’d conclude that the sender was weird, mean or too blunt!

So there you have it! 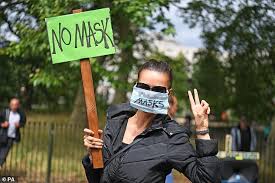 Meanwhile new research has come up with the conclusion that people who refuse to wear face masks or choose to ignore social distancing, are “sociopaths”.

Note “sociopaths” not “psychopaths” – don’t get that wrong!

It seems that a “sociopath” is someone who will happily break rules without feeling guilty for any harm that might be caused but unlike a psychopath they do have a conscience, albeit a weak one and they are also more likely to hoard essentials like toilet paper when there are shortages and believe that they are entitled to anything that’s going!

What I would like to know is just who and, for that matter, why anyone would want to commission some of these surveys in the first place!

And do they pay for it?

Seems like money for old rope to me – but hey what do I know?

See you once again tomorrow,
Scott