Written by Jon Good in The Sunday Sessions👁 293

An extreme tattoo lover has spent over £6,000 to have his ears removed so that his head looks like a skull.

Sandro, known as ‘Mr Skull Face’ on social media, insisted his transformed appearance made him feel more confident even though others called him ‘disturbed’ and ‘sick’.

The 39-year-old from Finsterwalde, Germany now keeps the pair of lobes in a jar and is planning to have his eyeballs tattooed and the tip of his nose removed. 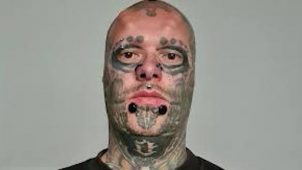 If you would like a song played on the show, please come along to our open mic nights which take place from Monday 7th September at The Billericay Theatre from 7pm. Songs are recorded for radio airplay.