Blank Generation
Steve Green
This week’s guest on Blank Generation is reluctant punk icon Gaye Advert, bass guitarist with the legendary Adverts. The Adverts were the first punk band I saw, way back in February 1978 at the University of Essex in Colchester. They were fantastic. The support band was Vermillion, so I suppose they were first really but when The Adverts strolled onto the stage and launched straight into One Chord Wonders, the packed crowd went beser. The Uni was about a 5 mile walk and I remember getting in trouble for getting in late on a school night. I also remember starting a punk rock band the next day at school with my mates that were also at the gig. A few weeks ago I had the privilege of having lead vocalist and songwriter TV Smith on the show and getting Gaye to give appearing her blessing was another great honour. Gaye’s music career was short lived by choice but she got to appear on Top Of The Pops when it mattered, The Old Grey Whistle Test and other TV shows as well as having a string of chart hits and getting to tour with her idol Iggy Pop. She saw the Sex Pistols many times before the Grundy circus took hold and hung out with the likes of Stiv Bators, Lemmy, Joan Jett, Ramones and many more punk legends, of which she herself is one too.

These days and for many years in between The Adverts, Gaye goes by her real name of Gaye Black and is an established and prolific artist. Her playlist of influences and favourite punk tracks from 1976-1980 sandwiches 10 tracks by bands that have influenced her art and make up a 10 piece series called Memorabilia which you can check out here. Make sure you have a look round the rest of the site.

Gaye was so easy to interview. She is modest, knowledgeable and friendly with a great taste in music and a treasure chest of punk rock tales that I did my best to prise out of her. Charlie Harper’s wife and Alvin Gibbs even called during the Zoom interview. How cool is that.

I hope you enjoy the show. Remember you can listen to this show and every previous edition of Blank Generation by clicking here. 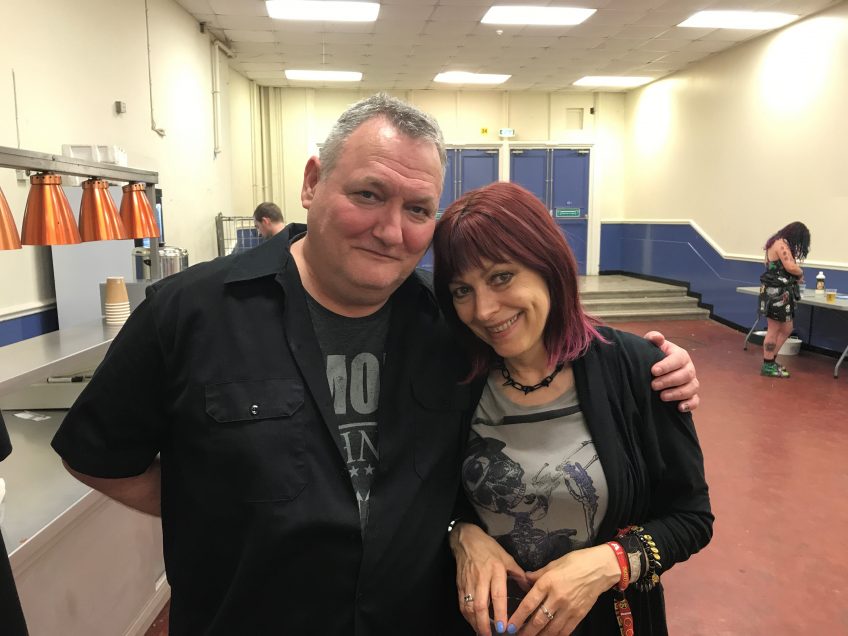