What lies ahead for Leyton Orient next season?


After the announcement that the League Two season has been brought to an abrupt end due to the current situation, Leyton Orient can start planning for next season.

A lot has happened regarding Orient recently – Harry Kane is sponsoring next season’s kits, a maximum wage bill is the topic of conversation ahead of the new season, and there are rumours that League Two and the National League could merge. A lot to digest. We’ll expand on these to give you an idea of what the O’s can look forward to for the 2020/21 season, but first, what does the end of the season mean for Ross Embleton and his team?

Leyton Orient have enough points in the bag towards the bottom of League Two and the promotion picture doesn’t concern them either this year, so regardless of what’s decided with promotion and relegation, it won’t affect the East London side.

No betting is available for next season yet, but if the O’s can build a good squad ahead of the upcoming campaign, an appealing price on promotion could be worth a few pennies. They’d only lost one in six before the league was halted in March, they were on a roll!

If you are one to back your side in the outrights, you can use bonuses when betting online as that will give you more bang for your buck. You can make use of free bets with a lot of online bookies on the market; you just need to look around for the best deal.

We know that the team will change for next year as contracts expire and players come and go in the window, but it’ll all be up for grabs if fans can’t get behind teams from the terraces. It’ll feel like a whole season of friendlies.

It’s been a talking point for a while, but there was more movement on the proposed salary caps for League One and League Two clubs recently. It’s understood that clubs from both divisions have been asked to consider salary caps of £2.5m and £1.25m respectively. There would also be points deductions for clubs who cannot pay or fail to pay their players on time, which has happened a lot in the past.

It’d work, there’s no denying that as the cuts would help the club financially. But what it would also do is halt any sort of progression to the Championship and the Premier League. Some fans feel that it would widen the gap between the top two leagues in the country and everyone else. They have a point.

It’s also been rumoured that a vote may take place soon on reducing the playing squads to just 20 players over 21 years of age. It remains to be seen if that’ll happen, but giving youth more of a chance might be a good thing.

This was covered on the Orient Hour Extra recently, so have a listen to that to find out more, but we’ll touch on a wonderful thing ex O’s player has done for the club.

To repay Orient for giving him his first chance in professional football, he’s paid to sponsor next season’s shirts. Not only that, but he’s also donating the space to three great causes. The home shirt will show a thank you message to the frontline heroes during the pandemic crisis, whereas the away and third shirts will display the mental health charity Mind and Haven House Children’s Hospice logos.

Leyton Orient’s Chief Executive Danny Macklin commented on the fantastic gesture: “What started with a simple idea has escalated into a very unique and emotive shirt sponsorship agreement.

“We wanted to say thank you for the exceptional hard work and dedication of the frontline heroes during this pandemic and also bring attention to the other charities out there who have all suffering financial loss due to the pandemic.

“We are in uncertain and worrying times across the world, but thanks to their efforts, we will get through this together.

“Thank you, Harry, for your amazing support and generosity – you are a true role model for the modern game.”

They’ve already sold out of the first batch of next season’s shirts and have actually sold over 75% of the number of shirts as they did all of last season.

League Two and the National League to merge?

This won’t happen next season or anytime soon, but there have been talks around merging League Two and the National League in recent weeks. The new league would split into regions, so there would be a Southern and Northern league.

It’s received mixed feedback so far, but their argument for the change is because they want to boost attendances and for there to be more local derbies. It makes sense. And it will also save fans money in terms of travel cost. There’s something a bit special about being a Carlisle fan and travelling to Plymouth away on a cold Tuesday night, but a local derby instead could make up for missing out on that. Keep your eyes peeled for more news on this proposal.

You always need to see a few pre-season friendlies to get a real gauge on how a team in the lower leagues is going to perform for the year, but if Orient bring in some top signings, any price on promotion next year could well be a good one. 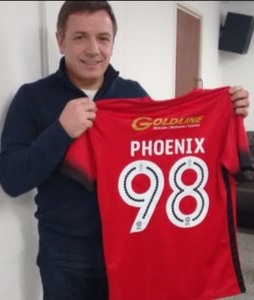