BEATEN ON THE FIELD – BUT CHAMPIONS OFF IT! 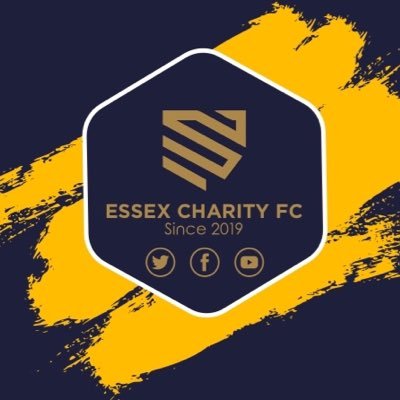 Essex Charity Football Club made the return to action they had long anticipated last Sunday at Basildon Sports & Social Club, where they took on cult Thurrock-based side Palmers F.C. in the CALM Charity Cup.

And the formidable Palmers – a Sunday League side with a sizeable online following – ran out emphatic winners by a margin of 15 goals to nil.

But despite the heavy defeat, Charity player/manager and club chairman John King was upbeat after the final whistle.

The club’s main raison d’etre is to raise money for good causes, and on this occasion mental health charity CALM (Campaign Against Living Miserably) was the beneficiary. 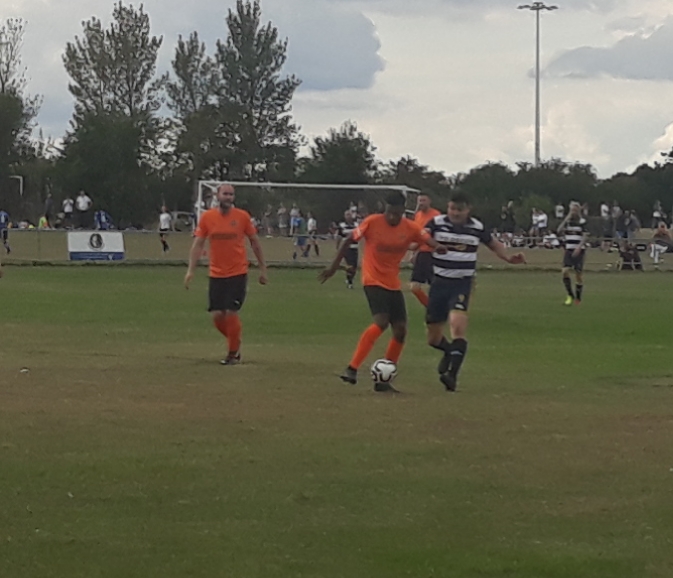 “The money we raised today was absolutely fantastic” said John, who along with player/assistant manager and fellow director Spencer King was a recent studio guest at Phoenix FM.

“We beat our target a couple of days before (the game) and already raised £275.

“Not the result (we wanted) but a great day, great experience and we go again next week”.

John clearly regards CALM as a very important cause, and one that resonates with him personally.

“They are a male suicide prevention hotline, they run seven days a week throughout the year and the work they do is fantastic.

“I myself suffer from mental health (issues), I’ve rung their services before and the work they do is second to none, so to be able to come out and raise that sort of money for them today really does mean the world.

“I do want to give a quick shout out to everyone who has donated today, for everyone that’s donated, from the bottom of my heart, thank you”, he said.

By Monday, the amount raised for the charity by the club had increased to well over £600.