The View from the Ramp – Take The High Road …

Written by Paul Downie in The View From The Ramp👁 837

Right now, it’s 20:35: I’ve started this piece on a breezy summer day in late July: and will hopefully finish it in very early August.

Right now? I’ve got the soundtrack playlist for Candyman on in the back ground.

But Candyman, with its mix of urban myth*, masochistic undertones and the most charismatic villain ever written?

Is something to catch.

The fact Candyman also has a killer soundtrack, composed by Phillip Glass, only adds to the film’s worth, I think.

Telling you all this, thought, is not what I meant to do when I started typing!

I thought I’d give you a quick explanation: JUST in case you’d were wondering.

By now? You’ve possibly heard the interview I’ve had: with of Phoenix FM.

I sound surprisingly coherent: rather than a complete loon.

It suddenly occurred that people would have heard me referred to as a blogger … and wonder what a blogger is.

A blogger? Is someone who writes things for a blog.

I can hear your next question, too.

It helps if you know that the word, blog is short for web log.

In other words, and at its simplest?

A blog is an online diary.

Sometime with a theme, sometimes not, but basically, a hi-tech, multi-media, online diary.

There’s ones about news, travel, exciting haircuts, fashion, TV shows, films, tea and biscuits, quizzes, practically anything and everything.

Is what my imagination’s telling me your saying.

I’ve mentioned it in the last piece I wrote for Phoenix FM.

It’s something to tell you about, another day.

But if you follow the link to the Daily Teaser section? You’re welcome to have a go at today’s, and come back tomorrow for the answers†.

Mine’s an online diary: with lots of pointless questions.

Explaining the blog, though?

Wasn’t quite what I wanted to talk about.

I had something else in mind.

I wanted to talk about the death of Brentwood High Street.

The Drive Through High Street.

We both the UK’s been hit by the COVID-19 virus.

And that the UK — including Brentwood — has gone into various shades of Lockdown.

After some four months, I’m due to start having phone meetings with my job coach. I’m aware that we can start re-using the library computers — some of them — from 1st August.

By reserving them in 45 minute blocks.

What I’ve noticed, though? Is that, from the 4th of July, and with the exception of buses, delivery vans, and taxis going on certain routes, vehicle traffic can’t use Brentwood High Street.

One thing I’ve noticed is that the disabled parking bays on the High Street, itself, have been closed off.

Causing at least one councillor to complain.

I think Councillor Chilvers may have a point.

I know for a fact I’ve seen a lot less wheelchair users in Brentwood High Street.

I’m writing this section on Saturday, 25th July, having been into town to do some shopping.

Having seen just one wheelchair user in town.

I believe the loss of the High Street parking spaces is having an effect.

I’ve also seen complaints about the the buses still being able to use the High Street.

It’s dangerous to pedestrians, it’s clogging up the high street, what have you.

With my figure, I’m supposed to walk to as many places as possible, to lose weight: but that’s a losing battle.

Getting a bus is more appealing than the walk up Kings Road‡.

It has made me aware that buses in this town have space for disabled passengers.

And that routing them through the High Street takes a body to the High Street: rather than just Sainsbury’s, the rear end of the Bay Tree Centre or somewhere quarter of a mile away.

I’ve also seen complaints from some of Brentwood’s older residents: that not allowing taxis into the High Street — to the doors of High Street shops, tea-rooms, and the post office — means, again, relying on the bus: to get as near as possible to where they went to go.

Yes: being able to drive to Brentwood High Street’s carparks, then walk to where you need to go is great.

If we’re able to walk or drive.

The Death of the High Street.

There’s something else we need to address.

I’m happily perched in front of a 2017 iMac, sitting next to my front room window.

Something that lets me watch the world go past.

Or, at least, watch the traffic go past.

For the twelve years I’ve lived in this street, that traffic going past my window has got heavier and heavier.

And delivery lorries, as well: small ones, at any rate.

You couldn’t get an artic down here.

Thankfully, I haven’t seen a fire engine go down here in anger: which is another story, given the amount of cars, parked here.

My point is that I’ll see quite a few delivery vans going up and down my street: several times a day, on any given day.

Amazon, Sainsbury’s, Tesco, Ocado, Marks and Spencer’s, Hermes, DPD, you name it, we’ll get it.

You can spot the drivers who are new to the street: they drive slowly, checking the names of the building as they go.

But, slow or fast?

I feel the delivery vans are here, in part, because many of us?

One thing I’ve noticed, over the past few years is the amount of shops opening and closing.

The shop in the Bay Tree Centre, that used be B&M?

That’s been closed for quite some time: and gutted. With no sign of anyone taking it over.

There’s a few empty units there.

The unit that used to be B&M? I think it’s going to be a while before that unit finds a taker. 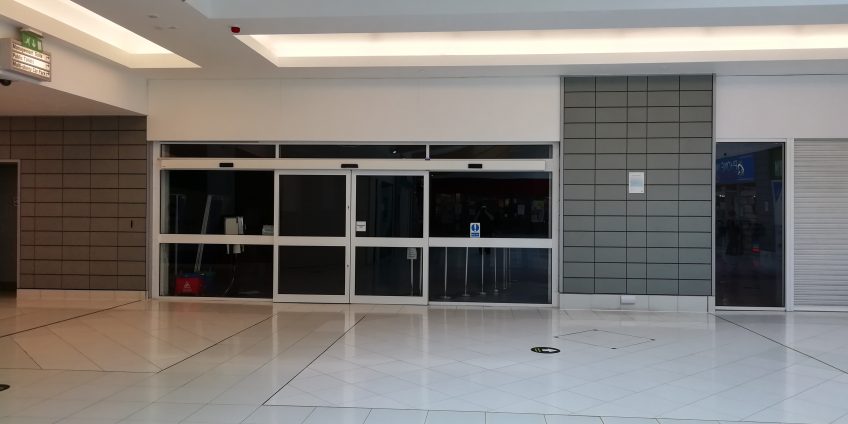 The small companies that Brentwood seems to be home to?

I do know it seems to take a while for an empty unit to get a new tenant.

From the little I’ve read, part of that’s the rent and rates.

For some small businesses, setting up an online shop is easier.

At least, that’s my impression.

Is that we’ve a few empty shops: and, in parts of the high street, a set of ‘here today, gone tomorrow’ type of place.

I’ve picked up the impression — from various small business owners I’ve seen on Facebook and Twitter — that, before lockdown, internet shopping was taking a lot of trade.

Unless, like some of the takeaways places I’ve seen, those owners have signed up for services like Deliveroo and Uber Eats.

Or whatever the equivalent is.

Lockdown has only increased that: shops can’t open, and have lost money, so people have shopped online.

The High Street is having trouble coping with online shopping.

I worked at the Warley Hill branch of Threshers, many years ago: over the road from the Essex Arms.

A big factor in its demise was the competition from online wine merchants, Majestic.

So it’s something that I’ve suffered from.

And very aware small businesses are suffering from, too.

There’s always things you can buy online, that you can’t get in the High Street.

For me, that includes clothes that fit. Left handed scissors, rulers, cake forks. Blurays older than six months, that aren’t on Netflix.

My mum, and sisters, do a lot of online food shopping: you can get it delivered, you avoid the crowds, and you don’t pay for parking.

There’s always going to be stuff.

That’s at the best of times.

Shops have had to shut: and whilst shut?

Those stores, big or small, that didn’t have a good online offering, that didn’t sign up for things like Uber Eats?

Am I correct, here?

Am I seeing Brentwood High Street — and others like it — dying?

To be frank, I really don’t know.

I’m no economist, no small businessperson, not even not even enough of an entrepreneur to make a big success of my YouTube channel.

New subscribers are welcome, though!

At any rate, I’m no expert: merely someone with an opinion.

One who thinks the High Street’s at risk from cyber-shopping … and has possibly seen a a trend that could help.

Did I tell you about my cousin, Dean? I’ve known him for a few years, let’s put it that way.

His wife, Wendy, and daughter, Hannah, run their own jewellery shop in Folkestone.

And sell stuff online, on their webpage, Etsy and Facebook.

I think the coronavirus lockdown has shown us an answer: as have Wendy and Hannah, and some of the shops in Brentwood.

I know I’m simplifying this down: a lot.

But it strikes me that Brentwood High Street can survive, in part?

By going online. Having online branches. Bionic branches, if you will.

Some will have problems. Lord knows Threshers, Thomas Cook and Maplins did.

I think the only way for the businesses on Brentwood High Street not to end up dead?

Is to have cybernetic life support.

Frankly? I think that’s the best way for a high street to survive.

Post Script.        Right at the moment, the nearest mobile phone mast in the area is down, and has been for some weeks. I have a landline I can fall back on. My neighbour, Alan, who I mentioned in my last post, doesn’t.
I’ve also talked to other residents in my area. From one end of my street to another, the signal for O2, EE, Virgin, Vodaphone and Three, has gone down. And, I’m told, the problem is affecting everywhere up to Hartswood Road.
This report for EssexLive.com confirms what most of us know.
That the phone mast at 130, Kings Road has been taken down: and won’t go back until October. Replacement masts are being planned for Pastoral Way, Masefield Court and the Bay Tree Centre. This may be something for another article. But, for me, Alan, and other jobless people in the area? That’s another obstacle to finding work. And, given many on my street are like Alan — and Piers, the journalist that wrote EssexLive story — who only have a mobile phone? We’re cut off.

*        There’s an old bit of urban silliness I first heard, back in the late 1980s: a few years before I saw Candyman. Look in the mirror. Say the Lords prayer, backwards^. Then turn around three times. Anti-clockwise. When you’re back facing the mirror, the Devil’s supposed to turn up — behind your left shoulder, for some reason — then drag you to hell. Why, I don’t know.

‡        Old Peculiar regular, Debbi Mack, once told me that Queens Road isn’t as steep as some of the streets in San Francisco. That’s … um … reassuring …

^   Amen. Ever for glory the and, power the and, kingdom the is thine for: evil from us deliver … nah … I’ll leave that RIGHT there! Besides … The Busdriver’s Prayer, by Ian Dury, is a lot better!