The amazing Freddy has been getting a lot of airplay recently on Phoenix FM with her new single Show Love. We chatted to Freddy about her life in, and love of, music.

Can you tell us a little bit about yourself?

Sure! Hi! I’m FREDDY! I was born and raised in Los Angeles, California. I feel like I’m constantly changing and growing and evolving into different versions of myself. I am a huge reader. I read like 3 hours a day. I’m REALLY intense, loud, and outspoken. I kind of curse like a pirate. I am obsessed with style and fashion. My favourite food is cake. I want to eventually move to Montana or Tennessee and own a farm with cows, pigs, goats, dogs, chickens – any and every animal, you name it. Hopefully have a little creek or river running through my backyard. Once I have gone on some headlining world tours, I want the simple life. I don’t necessarily have many secrets, but I’m a fairly private person honestly. 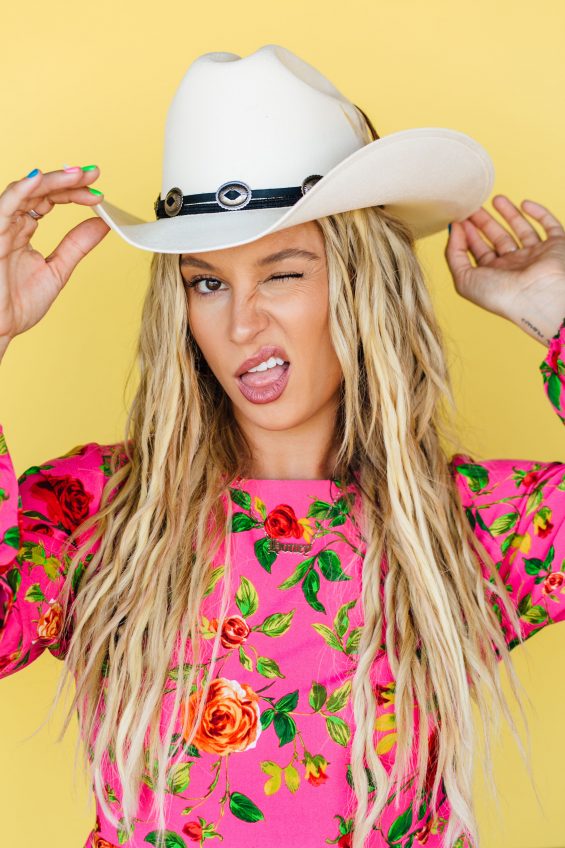 I have been singing since I was very little. Probably 4 or 5. My dad’s in the music industry so records were always playing in my house growing up. Although I think my love for music started even before I was on this planet! My mom would go to concerts with my dad all the time when she was pregnant with me, so I’m pretty sure I just soaked everything up in utero, haha. God is who put the dream on my heart I believe, so I think I’ve always just known music would be my path. I was a pretty shy kid and my parents were strict, so I didn’t pursue it professionally until my twenties, but now here I am!

Which artists did you listen to growing up?

My dad, being the music fanatic that he is, introduced me to so many great artists. I think the first song I became obsessed with was Judy Garland’s “Somewhere Over the Rainbow” from The Wizard of Oz.

I then went on to listen to tons of Britney Spears and Christina Aguilera. I mean if it weren’t for Christina Aguilera, I probably wouldn’t be singing! Actually when I heard her sing the song “Reflection” in Disney’s “Mulan”, I knew I wanted to be a singer and really do this for a living. I listened to her albums “Genie in a Bottle” and “Stripped” so much I don’t even know how the CDs are still intact.

My dad also played tons of Frank Sinatra and Billie Holiday for me. Sam Cooke and Dean Martin. The Beatles. Bob Dylan. Then he introduced me to Green Day, The Offspring, Jimmy Eat World, Coldplay, and The White Stripes. I went through a heavy pop punk reggae phase that started with Sublime and evolved into smaller bands like Iration and Rebelution. I’m currently on quite the Matisyahu kick right now actually.

OH MY GOSH I just thought of this random moment in my childhood! I’ll never forget hearing Taylor Swift for the first time when I was like 11. I was on vacation with my family in Aruba and I went upstairs to get more sunscreen and someone left on a channel with only music videos playing all day. Taylor’s “Teardrops On My Guitar” was playing and I froze. I was like YES. THIS IS IT. THIS IS WHAT I WANT TO DO. SHE IS AMAZING. So needless to say, Taylor Swift was a huge influence on me as well.

I was calling it Urban Cowgirl for a while until the word “urban” became politically incorrect. I had really been grappling with my artist identity for a while, and was internally fighting the industry bias on fitting into one specific genre.

I clean houses sometimes for extra cash, and one day while I was cleaning, I listened to the Kacey Musgraves “Golden Hour” album from top to bottom and was just speechless. I’m just obsessed with the way she tells a story. So I dove into all her music. Her songs have this warmth and richness. I think a lot of country music has it. Like a “home” feeling. At least, to me. And I decided I really wanted that same feeling in my music. It’s organic and honest, and making music that’s both those things is super important to me.

If I can’t sing a song with just a guitar or just a piano, I don’t want it. I wasn’t raised on country, but I feel like my heart is very country, it’s hard to explain. The last few singles I have released have a very southern feel, but the singles to come are much more Pop based. Long story longer, I would describe my sound as a free flowing river. I just want to make music that’s authentic to who I am at that moment that day. If you like it, great. If not, no biggie. 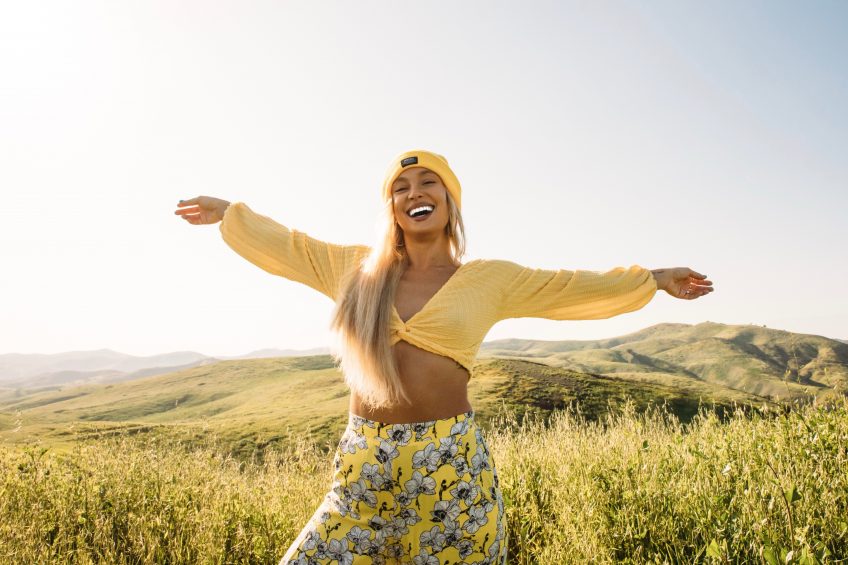 I have recorded SO MUCH MUSIC over the last few years. Probably a lot that may never be released! This year, in January, I put out my first single  – “After the Rain” followed by “Tailgate Holiday” in March and “Soldier” in May. “Show Love” is my latest release that will be available on all platforms July 31, 2020. I plan to release three more singles before 2020 is over.

Which artists do you enjoy listening to at the moment? Do they influence your work?

I listen to jazz only for the most part. Miles Davis, Duke Ellington, and John Coltrane. I periodically check out other up and coming artists and then the big names too of course, but I often feel like I get too caught up in my head comparing when I listen to most other artists.

And then I have no motivation to create at all. I have a really hard time drawing inspiration actually. Unless it hits me like a wall of bricks, I’m just like this mean critic in my head grasping at nothing and then beating myself up for it. I’m still learning how to get in the room with writers and producers and just take an idea that pops up and run with it. Everything I do is super intense, and emotional – so when inspiration DOES hit, I feel like I don’t even have to work hard it just takes off and my subconscious takes over. With “my” ideas, I actually think angels whisper the ideas into my ears.

I can’t pick just one! There are SO many. But off the cuff – POST MALONE. I’m in love with his artistry! Rihanna! Except I think I am way too intimidated by her to even make that happen. She is THE QUEEN. Finneas! Billie Eilish’s older brother. He is a genius. Mark Ronson is a producer I’m dying to work with too. Amy Winehouse would have been the ultimate dream but it’s too late for that now sadly …

I want to change the world. I want my music to reach as close to all 195 countries as possible. I want to be able to make giant donations to causes that I feel strongly about. I want to be able to be The Voice of many causes. I want to connect with everyone I can. I want to offer an escape at all my shows for all attending. I want my listeners to let go and feel wild and free. I also want them to feel safe and supported and loved and worthy and powerful and enough. I want everyone to feel comfortable and okay feeling vulnerable at my shows. I want to be signed by a major label. I want to open for a massive headliner. I want to do several headlining world tours myself.  I want to sell out Madison Square Garden. I want to sell out stadiums. I want those who listen to my music to feel we are one big happy family. I just want to connect. Nothing matters in this life but that: love and connection. What better way to bring everyone together than in song? My dream is to one day see 100,000 people across the other end of the stage singing my lyrics back to me. And then way way way at the end of my life hopefully like I’m 99 or 100 or something, I want hundreds of other girls to feel so inspired by me and all that I have accomplished, that they go and do it, better and bigger than I did it.

You can find out more about Freddy by following her on Instagram.