The Debutantes on Drivetime

Written by Ian Leigh in Drive👁 265


Victoria George-Veale & Lavinia Rose are sisters who together are a pop duo known as The Debutantes. They hail from Wales where they have gathered interest in their own style of music which is a sort of retro 60’s groove. The girls are branching out on to the international music scene so far have released 3 singles.
All their music has been written and produced by Alan Jones from The Iconic 60’s band Amen Corner.
I chatted with all three on drivetime to find out more about the girls and how their collaboration with Alan came about. They also have an Album called Symphonic Pop coming out later this year. Listen back below to find out more about this amazing band and their music. You’ll also get to hear their 1st single a cover of Amen Corner’s (If Paradise Is) Half As Nice featuring Andy Fairweather Low (the original singer with Amen Corner) and their newest tune Heartache. 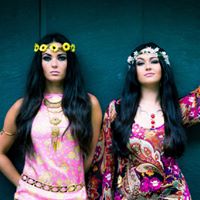