Film Reviews: How To Build A Girl, Disappearance at Clifton Hill, The Traitor, The Assistant, Mr Vampire 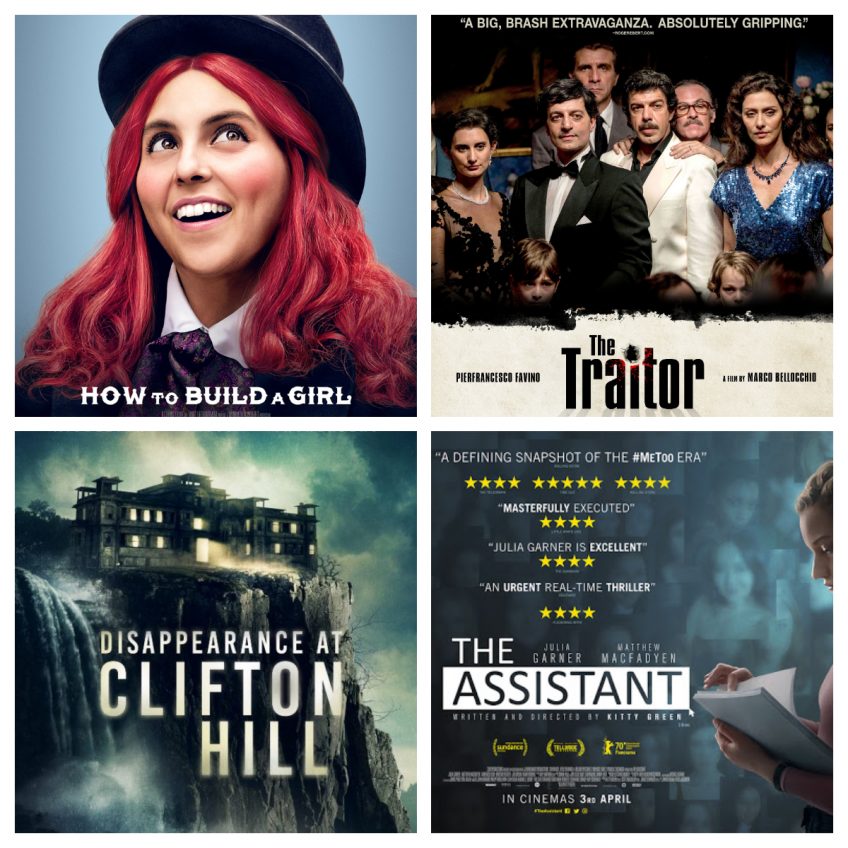 How To Build A Girl
– Teenager Johanna Morrigan decides to re-invent herself as Dolly Wilde: a fast-talking, lady sex-adventurer who moves to London and gets a job as a music critic.

Disappearance at Clifton Hill
– A troubled young woman returns to her home of Niagara Falls to try and uncover a long-ago kidnapping which she witnessed as a child.

The Traitor
– Tommaso Buscetta, the so called “boss of the two worlds”, becomes the first mafia informant in Sicily during the 1980s.

The Assistant
– Jane, an assistant to a powerful film executive, goes about her daily routine, increasingly aware of the insidious abuse that threatens every aspect of her job.

Mr Vampire
– The planned reburial of a village elder goes awry as the corpse resurrects into a vampire. A Taoist Priest and his two disciples attempt to stop the terror.