Blank Generation
Steve Green
It was always an ambition of mine to curate The Boys first album and I got to do it in an earlier episode I called Blank Curation, but all on my own. Prior to that I got to spend a few hours in the company of Duncan “Kid” Reid, the original bassist and joint lead vocalist of The Boys, when he featured as my very first guest on Blank Generation show number two. You can listen to both of those shows in the Blank Generation archives.

I was thrilled to get the opportunity to add another two Boys to my portfolio of guests when live from Berlin and Oslo respectively, I was joined via video to spend an afternoon with the Lennon and McCartney of punk rock, namely Matt Dangerfield and Casino Steel. Together they wrote the bulk of The Boys back catalogue with Matt being the other joint lead vocalist and along with Honest John Plain, one of the two guitarists. Ex Hollywood Brats founding member Casino Steel was of course the keyboard player and backing vocalist. Jack Black on drums completed the era of The Boys that I wanted to document in this show as much as I could.

The Boys manager, Steve Metcalfe coordinated proceedings and although I thought I knew my Boys trivia, history and releases inside, it turned out I was not in the same league, so a big thank you goes out to the Warrington one for his hugely appreciated contribution and help in making this show happen.

Cas and Matt were an absolute pleasure to interview and once again I was in awe of hearing those punk rock pre ground zero stories. A must listen to account of how it all began from two major players in the movement. Unassumingly modest and laid back, I wonder if The Boys could have been massive with just a little bit of luck or even a little bit less bad luck.

The THIRTY EIGHT tracks played are a rundown in chronological order of their NEMS Records years which consisted of two classic albums, three incredible singles and a couple of alter ego offerings at Christmas under the name of THe Yobs (The second of which, the band bootlegged the release themselves in order to generate a Christmas drinking fund).

I’m hoping to catch up with both Matt and Cas again later in the year to document the second chapter in their colourful career. In the meantime it doesn’t get any better than this. 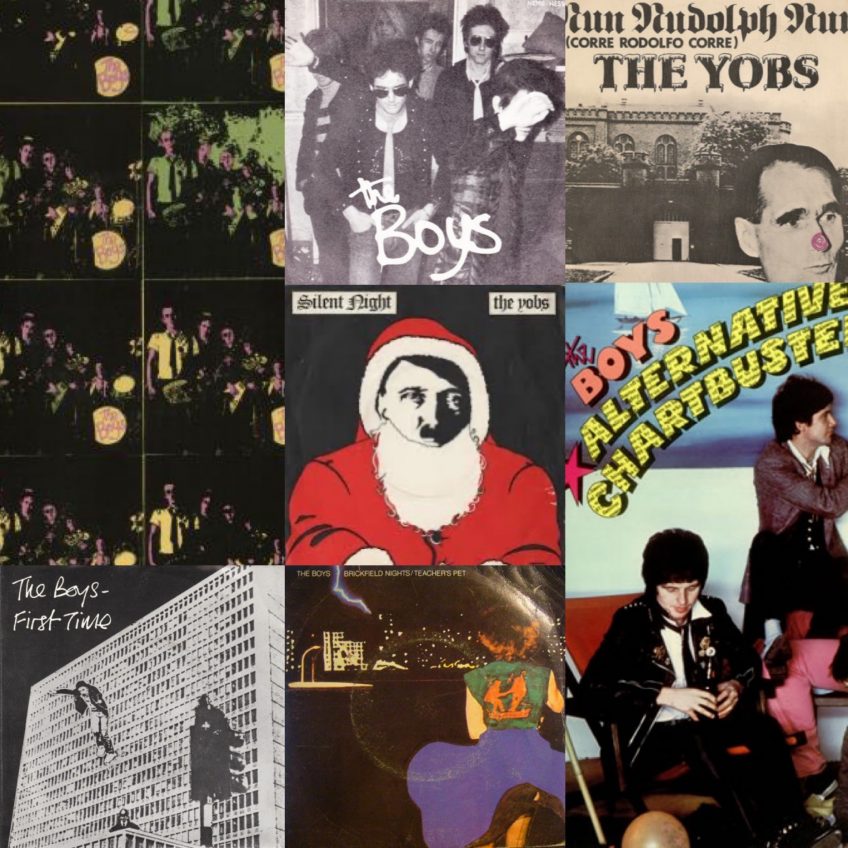 For information on The Boys visit www.theboys.co.uk