Wellbeing to the forefront as James’s show is back

Written by Paul Golder in In The Papers👁 293 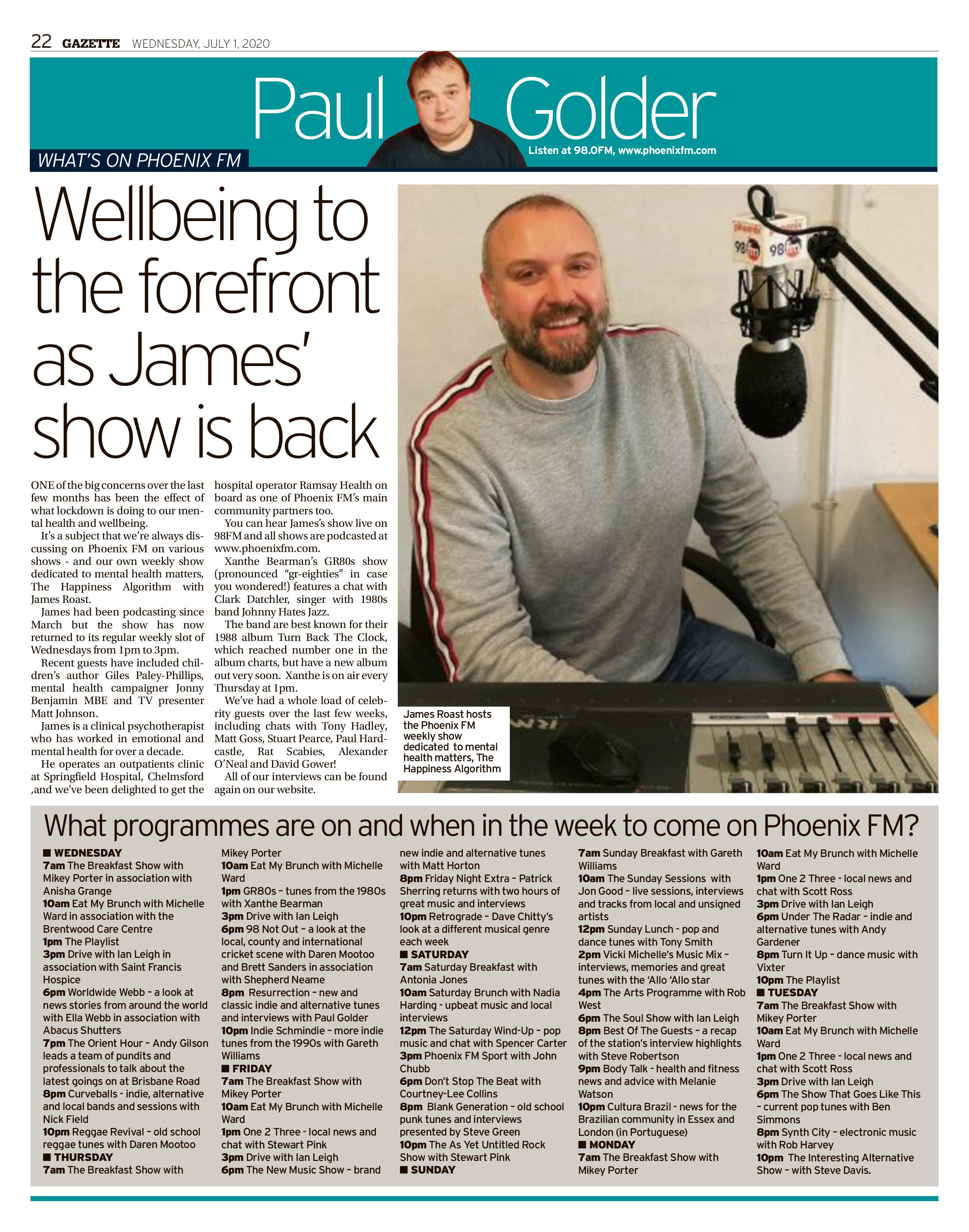 One of the big concerns over the last few months has been the effect of what lockdown is doing to our mental health and wellbeing.

It’s a subject that we’re always discussing on Phoenix FM on various shows – and our own dedicated weekly show to mental health matters, The Happiness Algorithm with James Roast.

James had been podcasting since March but the show has now returned to its regular weekly slot of Wednesdays from 1pm to 3pm.

James is a Clinical Psychotherapist who has worked in emotional and mental health for over a decade. He operates an outpatients clinic at Springfield Hospital, Chelmsford and we’ve been delighted to get the hospital operator Ramsay Health on board as one of Phoenix FM’s main community partners too.

You can hear James’s show live on 98FM and all shows are podcasted at www.phoenixfm.com.

– Xanthe Bearman’s GR80s show (pronounced “gr-eighties” in case you wondered!) features a chat with Clark Datchler, singer with 80s band Johnny Hates Jazz. The band are best known for their 1988 album Turn Back The Clock, which reached no 1 in the album charts, but have a new album out very soon. Xanthe is on air every Thursday at 1pm.

– We’ve had a whole load of celebrity guests over the last few weeks including chats with Tony Hadley, Matt Goss, Stuart Pearce, Paul Hardcastle, Rat Scabies, Alexander O’Neal and David Gower! All of our interviews can be found again on our website.