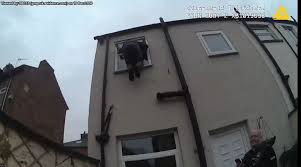 On the first show for a new week, we heard about the bungling burglar who had to be rescued by firefighters during a botched break-in at a property in Swindon after getting himself trapped in a window and left hanging upside-down.

Yes, whilst attempting to climb through a window, our hero 53-year old, Frederick Moulton got his leg stuck, ending up hanging upside down.

Fortunately he had his mobile phone with him so was able to call the fire brigade to rescue him. Clearly he wasn’t left hanging on too long but the police joined the fire brigade at the party, following which Mr Moulton, who was also found to be in possession of a Class B drug – never rains but it pours eh!

He was arrested, charged and ultimately ordered to pay a £95 victim surcharge and prosecution costs of £85.

Not a great day at the office for him then!

In the second hour of today’s programme we had truly frightening news that could put you off flying for a very long time.

Yes, it may be hard to believe, but it has just been confirmed that a large number Pakistani pilots hold fake licences, and what’s more this has been known for a long time.

Two years ago 5 pilots employed by the national carrier – PAKISTAN INTERNATIONAL AIRWAYS – were found not to have completed their high school education, and were not even qualified to drive a bus let alone pilot an aircraft!

It’s now emerged that at least 262 out of a total of 860 Pakistani pilots hold fake licences, after bribing others to sit the exams on their behalf.

What’s more these so-called pilots are not employed exclusively by the country’s flagship carrier, PIA, but also other domestic airlines – and some are even to be found behind the controls of a number of foreign carriers as well! 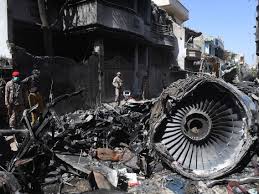 These revelations received widespread attention following the publication of a preliminary report into the crash of a plane last month, which found that the pilots involved were so busy chatting about the coronavirus that they ignored warnings from air traffic controllers that they were too high, and then attempted to land without lowering the landing gear.

What’s more the captain of that flight, was described as as one of PIA’s most experienced pilots, having been with the airline for 24 years!

PIA has now confirmed that they are to ground all unqualified pilots – well at least those that they know about – that’s 150 so far, but are there more as yet unidentified flyers still at the controls with fake licences?

I’ll leave you to ponder on that sobering thought and see you again tomorrow – but it won’t be a flying visit, I’ll be arriving by car.
Scott