We’ve been giving Sky Richards’ latest track Fly a lot of airplay here on Phoenix FM – and we caught up with Sky to talk about his life and music.

Hi Sky! Tell us a little bit about your yourself?

I am a believer of self, of the power within, I am encouraged to bring the light out of all. That’s how I right my music to inspire, to lift to feel positive and know that tomorrow can be better no matter what today shows.

I’m humble, loving and giving. I am not looking for the accolade of being an artist I have no interest in that. I don’t want to be a star. It’s about the message within the music reminding all we are all stars. Look up to yourself before you look up to another.

I want the TIME TO FLY album give relief to all negatives in a positive way . That the downloader from the Sky Richard’s App in play store or google play knows that if he has had a bad day, all he needs to do is listen to Sky Richard’s . This is my aim, this is who I am – this whole project is not about me it’s about YOU. 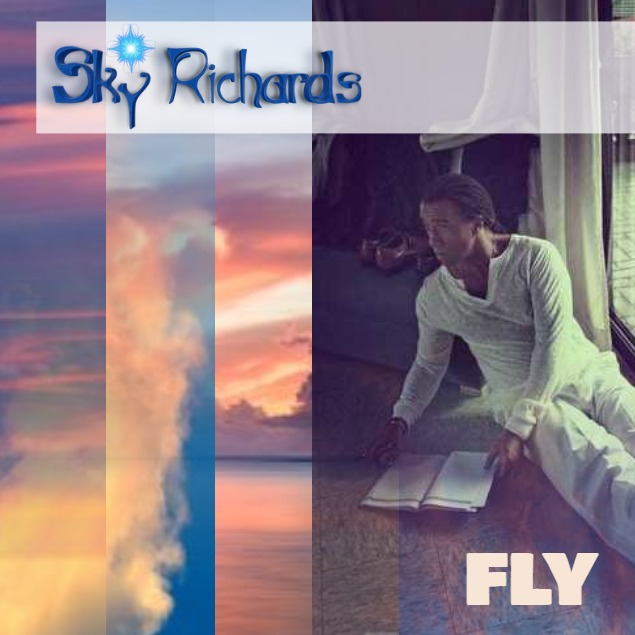 I started singing at the age of 6 and performing my first song at the age of 7. I was always destined to become a star I have written over 250 songs banked over a 30 year period . But I want to bring my music to the listener on my terms not a greedy record labels terms . I wanted to be a success in business first before I brought the true message I want to be heard. Music was always supposed to be it’s all about the timing and the way it’s presented.

My music is written with you in mind to feed your soul to lift you the way you want to be lifted – it’s not Christian music or religious in anyway, but as far as I’m concerned if you are a writer of music and the production is R+B POP and commercial, should you not make sure the music is uplifting and groovy and catchy but it leaves a positive mark not a negative one.

Justin Bieber at this time of era was one of I enjoyed lately since he is also an inspiration to many for his evolution in music.

I would love to sing this amazing ballad I have written with a great female artist called Better Than Most. Who I can’t say but I know she will find me when the time is right.

We just released FLY last June 15, 2020 and the feeling of many people enjoyed and shared the music.

My plans for the future is to release 5 singles, 5 great videos and make sure all get the feeling of the album and release a positivity that touches all. To spread via social media tcmv and other the connected sponsor www.iamband.com so those who are off need can get the relief they so rightly deserve . And to bring out the second album once this one has been completely promoted