It’s all happening “down under”


On today’s show we had news of things happening in Australia. 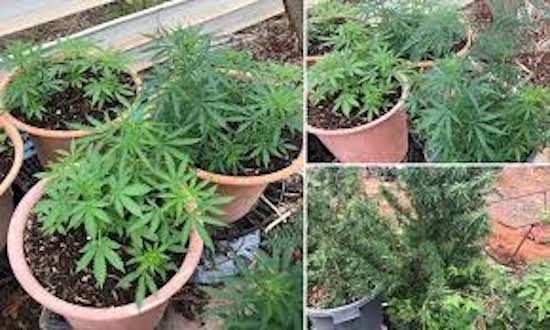 First up came news of the man who quite literally dropped himself in it after he called police to complain that youths had allegedly stolen the cannabis he was growing.

On arrival the police were amazed to find 69 cannabis plants, some of which were up to 1.5m high.

61-year old William Pointon pleaded guilty to the charge of cultivating a commercial quantity of the stuff, which it now appears he had been growing for about 40 years!

In court Mr Pointon admitted that he knew full well that growing and possessing cannabis was against the law, but said in his defence that he had called police as he was convinced that the theft had been carried out by youths and he was morally opposed to underage people smoking weed before they were old enough of making an informed decision on the issue. He therefore wanted to prevent them having access.

It further emerged that Mr Pointon never sold the weed for money but had been using it to trade food, goods and labour with his friends.

Judge Peter Barr said that Pointon must be given credit for his actions and deferred sentence for a week.

In a quite separate issue we learnt that, just like here, the onset of the Coronavirus had resulted in a shortage of hand sanitiser so many Australian companies involved in the manufacture and supply of other goods were asked to lend a hand. 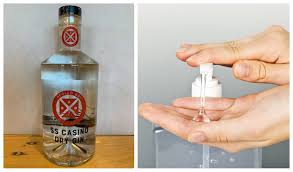 Unfortunately it appears that this has resulted in a mishap at the APOLLO BAY DISTILLERY whereby a number of bottles supposedly containing SS CASINO DRY GIN, were accidentally filled with hand sanitiser.

Whilst hand sanitiser may be good for washing your hands, it is not recommended as an aperitif as it can cause nausea, headaches, dizziness, bloating, vomiting, thirst, and diarrhoea.

And it doesn’t taste that good either as one person discovered after indulging in a lunchtime drink.

The company is now desperately trying to locate all affected bottles.

Drink up and I’ll see you again tomorrow,
Scott