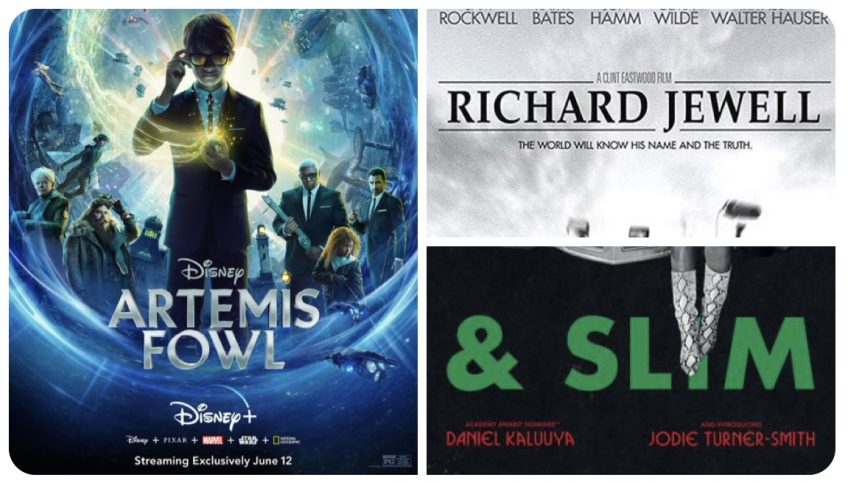 Artemis Fowl
– Artemis Fowl is a young criminal prodigy who is hunting down a secret society of fairies in-order to find his missing father.

Echo In The Canyon
– A look at the roots of the historic music scene in L.A.’s Laurel Canyon featuring the music of iconic groups such as The Byrds, The Beach Boys, Buffalo Springfield, and The Mamas and The Papas.

Richard Jewel
– American security guard Richard Jewel saves thousands of lives from an exploding bomb at the 1996 Olympics, but is vilified by the press who falsely reported that he was a terrorist.

Queen & Slim
– A couple’s first date takes an unexpected turn when a police officer pulls them over.

The Vanishing
– A young woman goes missing while on holiday with her husband. Three years later the husband begins to receive postcards from the kidnapper.