What are your worldly concerns?

Written by Scott Ross in Eat My Brunch👁 303


I had a lot of fun sitting in for MICHELLE WARD on today’s programme so not for me any worldly concerns.

But it seems that’s not the case for everyone.

We heard today about the different worries and concerns of a myriad of different people.

First off we considered those people who are worried about the arrival of the new 5G technology. 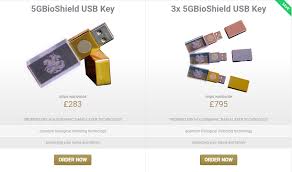 There have been reports, which so far as I can ascertain, are unsubstantiated that this new technology poses some kind of threat.

We’ve even seen some people trying to blame the coronavirus pandemic on the technology with people trying to destroy transmitter towers, and with 5G not even available outside of built up urban areas, some of the damaged masts weren’t even carrying 5G equipment.

Well if you are truly concerned about the potential negative effects posed by 5G help is at hand.

The 5G BioShield is now on the market, at a cost of £283 or £795 for 3, a snip given the claimed intricacy of the technology included.

According to the manufacturer’s website, “Through a process of quantum oscillation, the 5G BioShield USB key balances and re-harmonises the disturbing frequencies arising from the electric fog induced by devices, such as laptops, cordless phones, Wi-Fi, tablets, et cetera.”

Sounds like a load of “gobbledegook” to me, but apparently it comes thoroughly recommended by the 5G Advisory Committee of Glastonbury council who claim it to be a “useful device”. 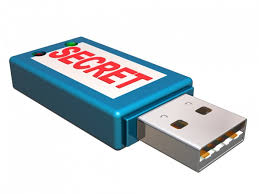 However Ken Munro from Pen Test Partners which tears products apart to find out what makes them tick, reckons it contains nothing different from what makes up a standard USB drive that costs about a fiver, but it does also come complete with a sticker available from any stationer for under 1p.

His company was unable to find any additional components to those that make up standard USB memory stick.

But Anna Grochowalska, a director of Bio-Shield Distribution rejected any suggestion that selling a £5 USB stick for almost £300 was unreasonable and claimed that the company is in possession of a great deal of technical information, with plenty of back-up historical research, and went on,
“As you can understand, we are not authorised to fully disclose all this sensitive information to third parties, for obvious reasons.”

So I guess you pays your money and takes your choice!

Then we went on to learn of the upset caused to grandmother, Lee Redmond from Salt Lake City when she lost part of her fingernails in a car accident.

Well she had been growing them since 1979, and until the accident had held the world record for the length of her nails which at one point had reached a massive 8.65m, that’s over 28 feet 4 and a half inches. 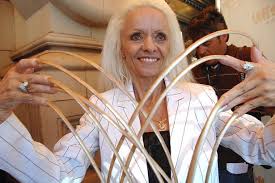 To my mind that begs the question why would you even want to do this?

Lee herself says that at first she did it as a kind of self challenge to see how long they would get before they started twisting out of shape.

You would think that having nails that long, they would get in the way but although it seems she could cope with the washing up and typing, albeit with long pencils with rubbers at one end, she found that she couldn’t use a toilet on a plane because she couldn’t fit her nails round the door to squeeze herself into the small cubicles which meant that she didn’t eat or drink anything for 24 hours before a long flight. 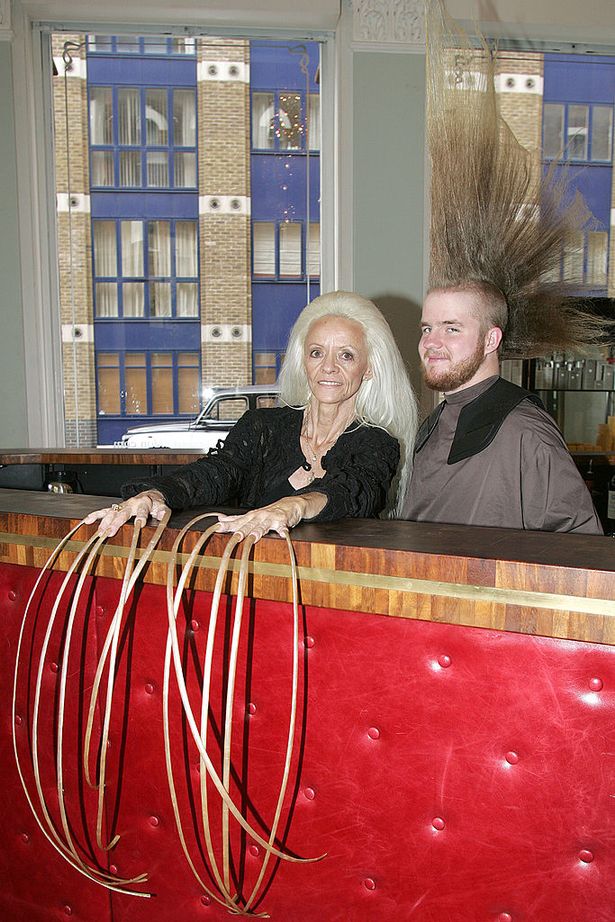 Asked how she went to the loo she replied,”carefully”!

But now following the car accident which saw her thrown into the road she lost some of her nails and so went round to collect up all the pieces which she now keeps in a plastic bag to remind her of the days when she held the world record for the length of her nails.

In the final hour of today’s programme, we considered the consequences of what must be one of the most catastrophic cases of mistaken identity of all time.

Now I have to say that I never cease to be amazed by the enormous diversity of what some people need to satisfy their fantasies. Being tied up by masked men armed with machetes and getting stroked by a broom seems somewhat bizarre to say the least, but apparently one man was prepared to cough up A$5000 if “it was really good”.

The whole fantasy was unscripted and there was discretion as to how it was to be enacted.

Well I guess that’s OK provided that after fixing everything, you keep whoever is handling all the arrangements in the loop should you change your address.

In this case the client identified  only as “Kevin”, had indeed moved to a new address 30 miles away from his original lodgings but unfortunately news of this change of address did not filter down to those engaged to provide the scenario. 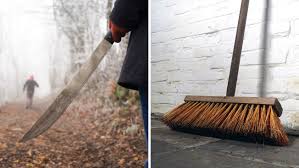 It is therefore easy to imagine the surprise of the new tenant of the flat in Western New South Wales to be abruptly woken from his slumbers to find 2 men standing by his bed clutching machetes and a broom.

In the meantime the real client managed to contact the men and their driver to ask where they’d got to.

The team did eventually reach ‘Kevin’, who then cooked them breakfast of bacon, eggs and noodles, by which time, exhausted by all that had occurred during the night, group leader, Leroy,  fell asleep on the settee.

I wonder if they got paid!

Spencer Carter will be with you tomorrow and Michelle’s back on Thursday.

I look forward to having your company once more on my own show next Monday from 1pm,
Scott