Written by Jon Good in The Sunday Sessions👁 879 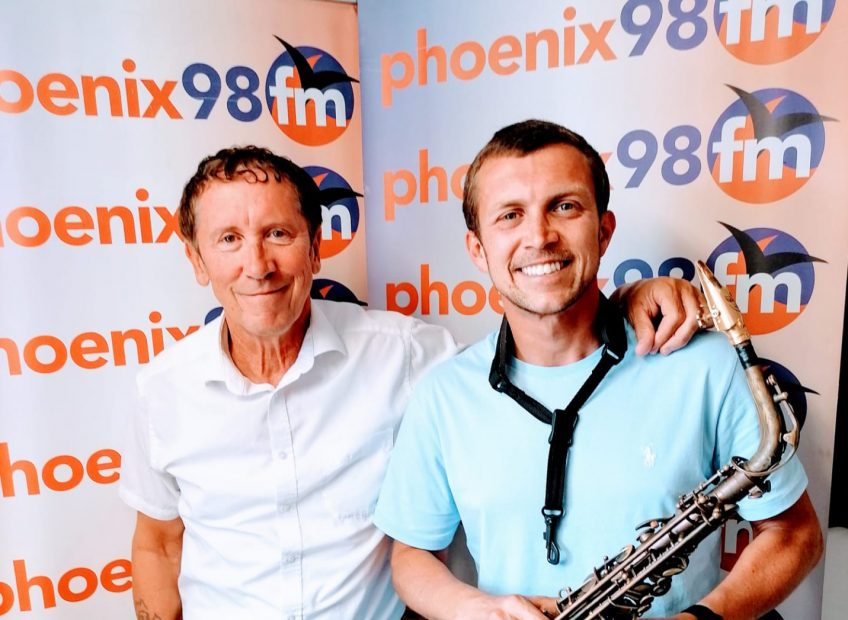 Ruth Griffiths was also the winner of last weeks quiz and she chose to donate her Pizza price to a local charity. We chose to donate the prize to Brentwood Fire Station for the Fire Fighter Charity. Click on the link to find out more.
The Fire Fighters Charity is almost entirely funded through donations from the fire community and the public. To donate please click on the link. Please Donate. 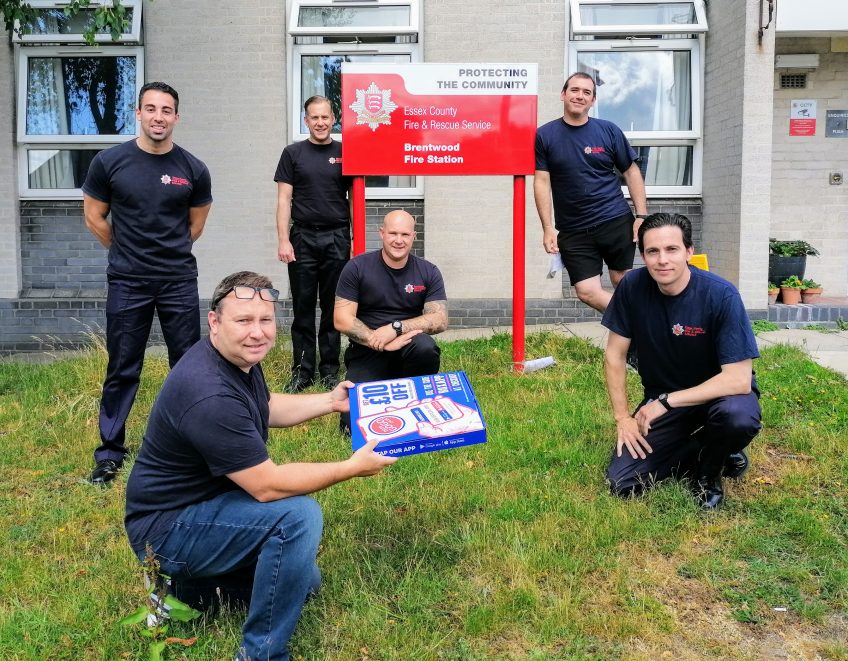 Twice Grammy nominated and Ivor Novello winner Paul Hardcastle, first emerged in late 1981 when he appeared on ‘Don’t Depend On Me’, a single by British soul hopefuls Direct Drive which was more noted for its b-side ‘Time Machine’.  With vocalist Derek Green, Paul appeared on another Direct Drive single in March 82, ‘Time’s Running Out’ /’ I’m The One’.  The domestic soul cognoscenti gave this pair of releases a knowing nod, but Hardcastle and Green already knew enough to branch away and form their own group, First Light.

First Light first came to attention under the auspices of Charlie Gillett’s Oval label, pairing Paul’s songwriting and playing and the vocals of fellow Londoner Green.  In an era when British dance music was coming out from under the jazz-funk umbrella and trying some new grooves, Gillett heard the promise in First Light’s uninhibited, upbeat approach and released their debut single, a surprising update of America’s early 70’s anthem ‘A Horse With No Name’ in June 1982. In November that year came the ‘Sixteen Minutes Of First Light’ 12 inch single, offering Hardcastle’s ‘A.M’ plus ‘I Don’t Care’, co-written with Green, and the trusty ‘Time Machine’

That 12” became a substantial club success, but Paul’s first whiff of pop chart action came in May 83 by which time Gillett had lined up a distribution deal for First Light with London Records and they got to number 65 nationally with ‘Explain The Reasons’. A further number 71 showing came early in 1984 with ‘Wish You Were Here’.

Hardcastle moved on up once again.  In March 1984 he released his first single under his own name and via his own label, Total Control Records and released a medley of ‘Daybreak’ and ‘A M’ with a version of James D-Train Williams seminal dance workout ‘You’re The One For Me’.  Running his own label brought the artist to street level – literally.  “The first 3,000 copies of ‘You’re The One For Me’ I took around in my car, saying ‘have a listen to this” – Hardcastle reminisced in Record Mirror in 1985.  Narrowly thwarted by BBC Radio One’s refusal to play such new-fangled dance music, the single unluckily peaked at number 41.  It was followed onto the national survey by ‘Guilty’, a number 55 that summer.

Hardcastle’s name was now a byword for quality among students of British soul. He released the hypnotic instrumental ‘Rainforest’ for the Bluebird label, and despite cleaning up as usual on the nation’s dance floors Paul’s wretched luck saw the single stop at the “grave yard” position 41 again. But the hard part was almost over.

As the year ended Hardcastle released his first material for Chrysalis Records’ emerging Cooltempo label. ‘Eat Your Heart Out’, which, with vocals by fellow traveller Kevin Henry, topped out at number 59, but across the Atlantic something was stirring. ‘Rainforest‘ had been snapped up by Profile Records, who worked the record to urban radio and were rewarded with a New Year number 4 mega hit on the Billboard Hot 100. A further top 40 R’ n’ B single with ‘King Tut’ followed – and this was just the beginning of a breath-taking year. Paul Hardcastle’s career was about to take off big time.

For Paul’s next release on Cooltempo, he decided to try a different approach. Staying true to the dance genre that had got him this far, he perfected a dramatic, arresting semi-instrumental composition based on something he’d heard about the average age of combat soldiers in the Vietnam war. The production values of the resulting track have given ‘19’ a place in the all-time dance music winner’s enclosure.

By the time it became commercially available at the end of April 1985, the buzz about ‘19’ was deafening,.  The song crash-landed on the British chart at number four and seven days later forcibly ejected Phyllis Nelson’s last dance ballad ‘Move Closer’ from a one week stay at number 1. ‘19’ spent a majestic five weeks at the summit, bowing only to The Crowd’s fundraising remake of ‘You’ll Never Walk Alone’ and went on to become an international sensation. Paul again. “I remember it sold 65,000 copies here on the day it was number one in 13 different countries and it’s one of the records I could hear on the radio and still feel proud.”

’19’ was remade by Paul in five other languages – French, Spanish, German, Japanese and Italian and sales to date are now estimated to be over 8 million. The song even inspired a spoof by an up and coming comedian called Rory Bremner who, under the name of The Commentators (and under the low profile production of Gillett), took ‘N-N-Nineteen Not Out’ to number 13 a few weeks later. Only lately has Paul admitted that he was actually behind the track,

After ‘19’ had completed a 16 week tenure on the bestsellers list, Hardcastle released a self-titled album for Chrysalis in November 1985 and went down another avenue of experimentation with the follow up single ,’ Just For Money’. Unwilling to stick to a formula and repeat the hit process for the sake of it, ‘Just for Money’ reached number 19 nationally, and was followed by another UK Top 10 hit, from March 1986 when it reached number 8, ‘Don’t waste My Time’ featuring Carol Kenyon.

Hardcastle had several other minor chart singles with Chrysalis before his time with them ended, but one more Top 20 success was to become part of the lives of millions of TV viewers. Late in 1986 he released ‘The Wizard’ which was granted immortality as the theme for Top Of The Pops,

Since his last British chart appearance under his own name with’ 40 Years’ in the summer of 1988, Hardcastle has continued his musical crusades in a less public way, but with more than satisfactory results, with Number ones in Japan with singles such as ‘Don’t Be Shy’ and ‘Blue Days’.

Signing to Motown Paul began his association with Jaki Graham and his new project called Kiss The Sky.

Paul decided to take the smooth sound of his ‘Rainforest’ days and mix it with a Kenny G feel to create the Jazzmasters, who began to dominate the Smooth Jazz charts in America with number one hits from each of his albums.

In all Paul has topped the Billboard smooth jazz charts 22 times and has had a staggering total of 31 number one singles and albums around the world! Whilst winning, in 2010, Billboard’s ‘Best International Musician’ award and ‘Best British Artist’ award.

In 2011 ‘19’ re-entered the UK National top 40 due to the fact that Manchester Utd won 19 titles, Paul gave the royalties for this to a children’s charity,

Over the last few years Paul has rekindled his interest with Dance Music and has also started doing remixes again, last summer Pacha Ibiza released Beats of the Beach, an album of dance music recorded and mixed by Paul.

Most recently Paul has realised one of his dreams, by releasing the much anticipated collaboration ‘Rainforest / What’s Going On’. No easy feat, the negotiations to use the late Marvin Gaye’s vocals took Hardcastle almost a year. But, perhaps due to the message in both ‘19’ and ‘What’s Going On’, and their comment on the effect of war, which is still so prevalent today, Marvin Gaye’s family finally granted their blessing. The single was on the A list at Smooth Radio UK for 15 weeks and made the top 5 on Billboard’s Jazz charts.