There’s gold in them there hills! 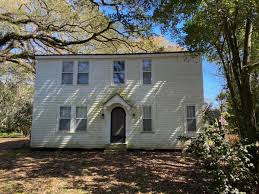 For our first outing in June we looked today at what could possibly be the offer of the century – a free house!

Mind you it was in the USA and has now been snapped up, but there was, of course, another catch as well.

Allegedly the house was haunted.

So haunted in fact that paranormal investigators who turned up to check up on things, reportedly fled from the house in terror.

Cindy Parr and Greg Matlock Senior, from New Orleans, visited the spooky house and say that as soon as the door was opened to them, the batteries in their equipment and phones promptly died.

And Mr Matlock Snr says he was confronted by a “black mass” standing about 6 feet high, right in front of him but when it appeared to turn and advance towards him, he turned and fled.

In fact they property does now have a new owner who is in the construction business and plans to knock the place down and re-build it on his family owned land some 20 miles away from it’s current location.

Apparently the new owner simply wanted the house since it was going for free and doesn’t believe in ghosts.

In the second hour of today’s programme we heard about someone else who struck gold. 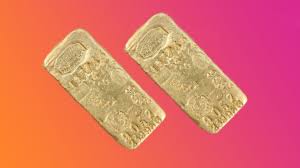 Just before the lockdown was introduced in France, a couple decided to up sticks from Paris and move to their family home in Vendôme .

Whilst getting ready for the move their two sons decided to build a makeshift den in the garden using old sheets, leaves and other bits and pieces.

They grabbed some old sheets that had belonged to their grandmother but were surprised when two fairly heavy objects fell out.

Initially they paid scant attention to these items but after their father looked at them, it was discovered that what were at first thought to be knife holders, were actually gold bars weighing in at 1kg a piece.

What’s more they even uncovered a proof of purchase by their grandmother back in 1967.

Not a bad days work for building a den then!