Written by Paul Golder in In The Papers👁 426 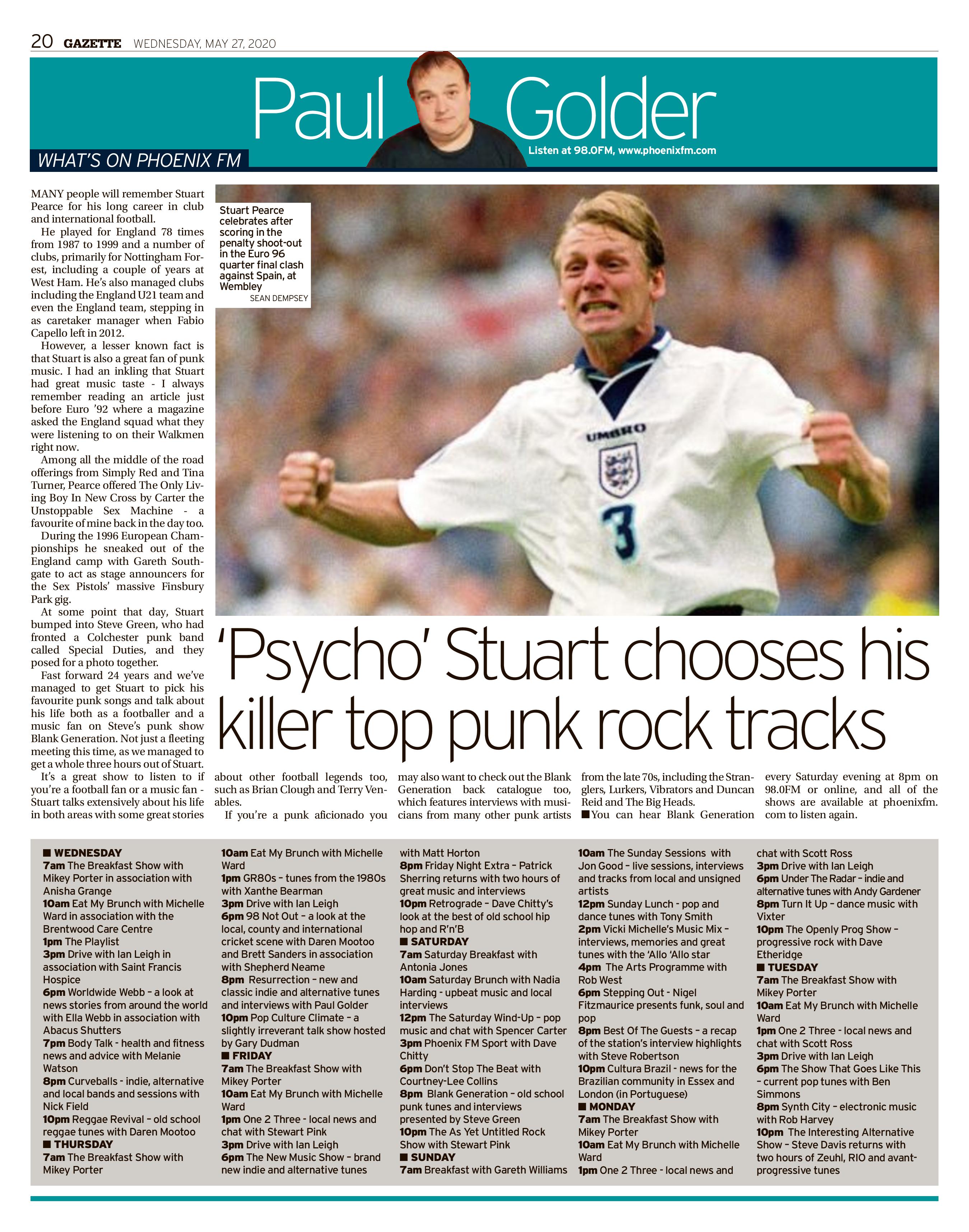 Many people will remember Stuart Pearce for his long career in club and international football. He played for England 78 times from 1987 to 1999 and a number of clubs, primarily for Nottingham Forest. including a couple of years at West Ham. He’s also managed clubs including the England U21 team and even the England team, stepping in as caretaker manager when Fabio Capello left in 2012.

However a lesser known fact is that Stuart is also a great fan of punk music. I had an inkling that Stuart had great music taste – I always remember reading an article just before Euro ’92 where a magazine asked the England squad what they were listening to on their Walkmen right now. Amongst all the middle of the road offerings from Simply Red and Tina Turner, Pearce offered up The Only Living Boy In New Cross by Carter the Unstoppable Sex Machine – a favourite of mine back in the day too.

During the 1996 European Championships he sneaked out of the England camp with Gareth Southgate to act as stage announcers for the Sex Pistols’ massive Finsbury Park gig. At some point that day, Stuart bumped into Steve Green, who had fronted a Colchester punk band called Special Duties, and they posed for a photo together.

Fast forward 24 years and we’ve managed to get Stuart to pick his favourite punk songs and talk about his life both as a footballer and a music fan on Steve’s punk show Blank Generation. Not just a fleeting meeting this time, as we managed to get a whole three hours out of Stuart!

It’s a great show to listen to if you’re a football fan or a music fan – Stuart talks extensively about his life in both areas with some great stories about other football legends too, such as Brian Clough and Terry Venables.

If you’re a punk officianado you may also want to check out the Blank Generation back catalogue too which features interviews with musicians from many other punk artists from the late 70s, including the Stranglers, the Lurkers, the Vibrators and Duncan Reid and The Big Heads.

You can hear Blank Generation every Saturday evening at 8pm on 98.0FM or online, and all of the shows are available at phoenixfm.com to listen again.