Written by Paul Golder in In The Papers👁 399 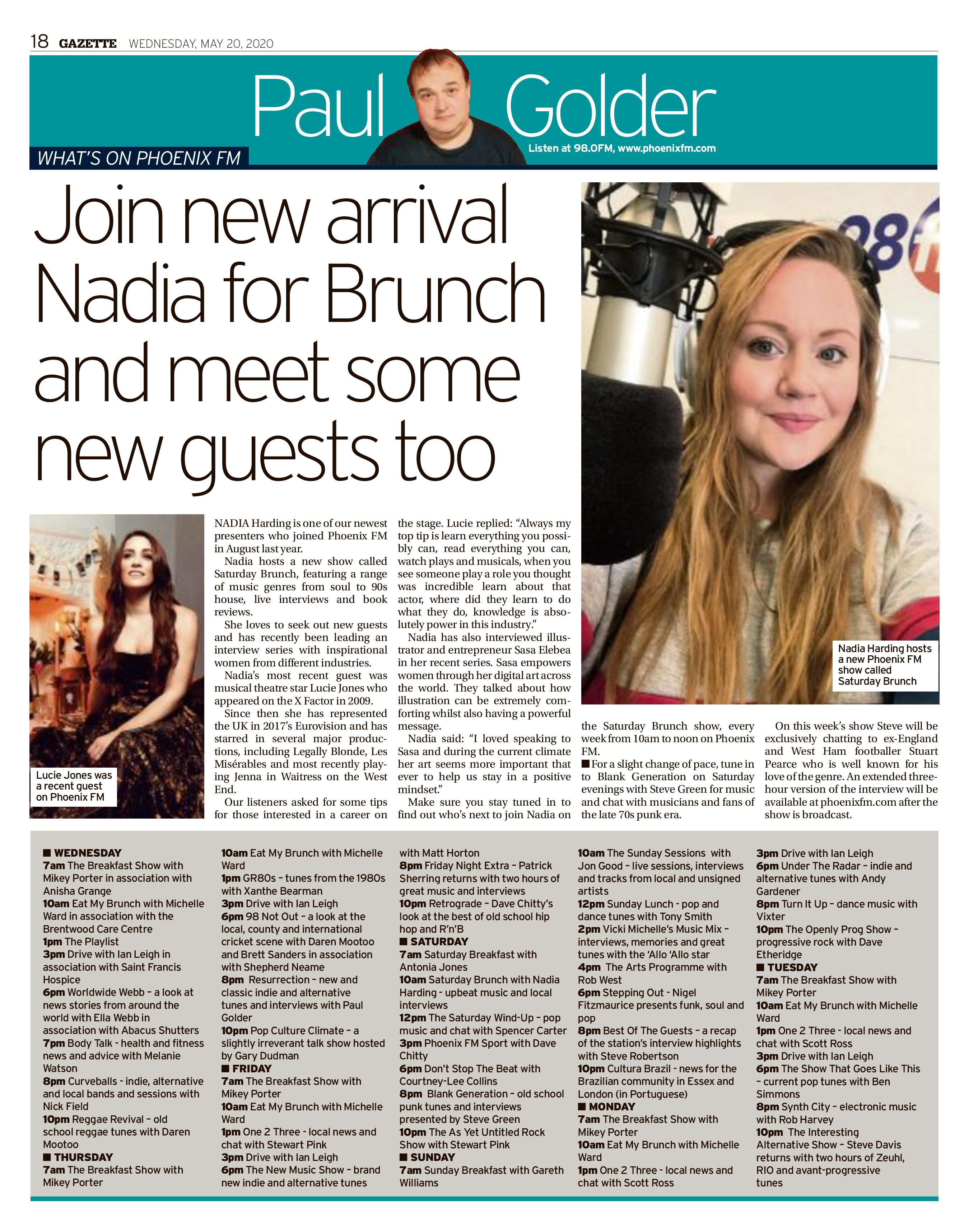 Nadia Harding is one of our newest presenter who joined Phoenix FM in August last year.

Nadia hosts a new show called Saturday Brunch, featuring a range of music genres from soul to 90s house, live interviews and book reviews. She loves to seek out new guests and has recently been leading an interview series with inspirational women from different industries.

Nadia’s most recent guest was musical theatre star Lucie Jones who appeared on the X Factor in 2009. Since then she represented the UK in 2017’s Eurovision and has stared in several major productions, including Legally Blonde, Les Misérables and most recently playing Jenna in Waitress on the West End.

Our listeners asked for some tips for those interested in a career on the stage. Lucie replied that “always my top tip is learn everything you possibly can, read everything you can, watch plays and musicals, when you see someone play a role you thought was incredible learn about that actor, where did they learn to do what they do… knowledge is absolutely power in this industry.”

Nadia has also interviewed illustrator and entrepreneur Sasa Elebea in her recent series. Sasa empowers women through her digital art across the world. They talked about how illustration can be extremely comforting whilst also having a powerful message. Nadia says “I loved speaking to Sasa and during the current climate her art seems more important that ever to help us stay in a positive mindset.”

Make sure you stayed tuned to find out who’s next to join Nadia on the Saturday Brunchshow, every week from 10am-12noon on Phoenix FM.

** For a slight change of pace, tune in to Blank Generation on Saturday evenings with Steve Green for music and chat with musicians and fans of the late 70s punk era. On this week’s show Steve will be exclusively chatting to ex-England and West Ham footballer Stuart Pearce who is well known for his love of the genre. An extended three hour version of the interview will be available at phoenixfm.com after the show is broadcast.