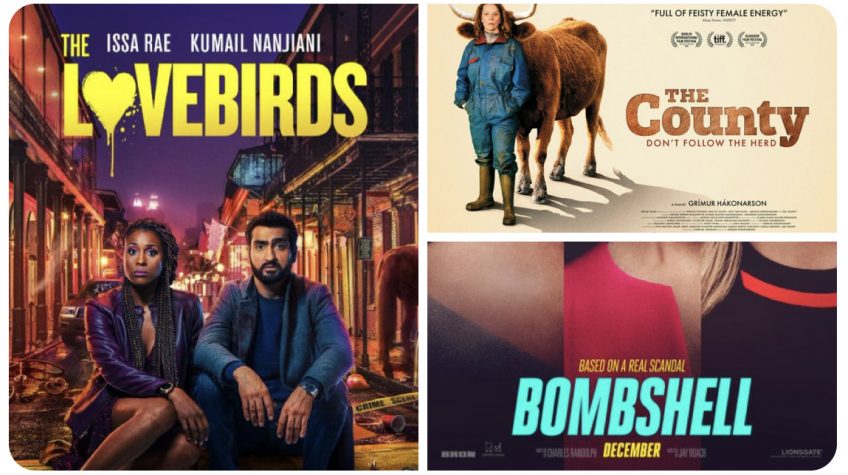 The Lovebirds
– A couple experiences a defining moment in their relationship when they are unintentionally embroiled in a murder mystery.

Bombshell
– A group of women decide to take on Fox News head Roger Ailes and the toxic atmosphere he presided over at the network.

1917
– Two young British privates during the First World War are given an impossible mission: deliver a message deep into enemy territory that will stop 1600 men, and one of the soldier’s brothers, from walking straight into a deadly trap.