Snooker legend persuaded to record his first music shows since 2018

Written by Paul Golder in In The Papers👁 434 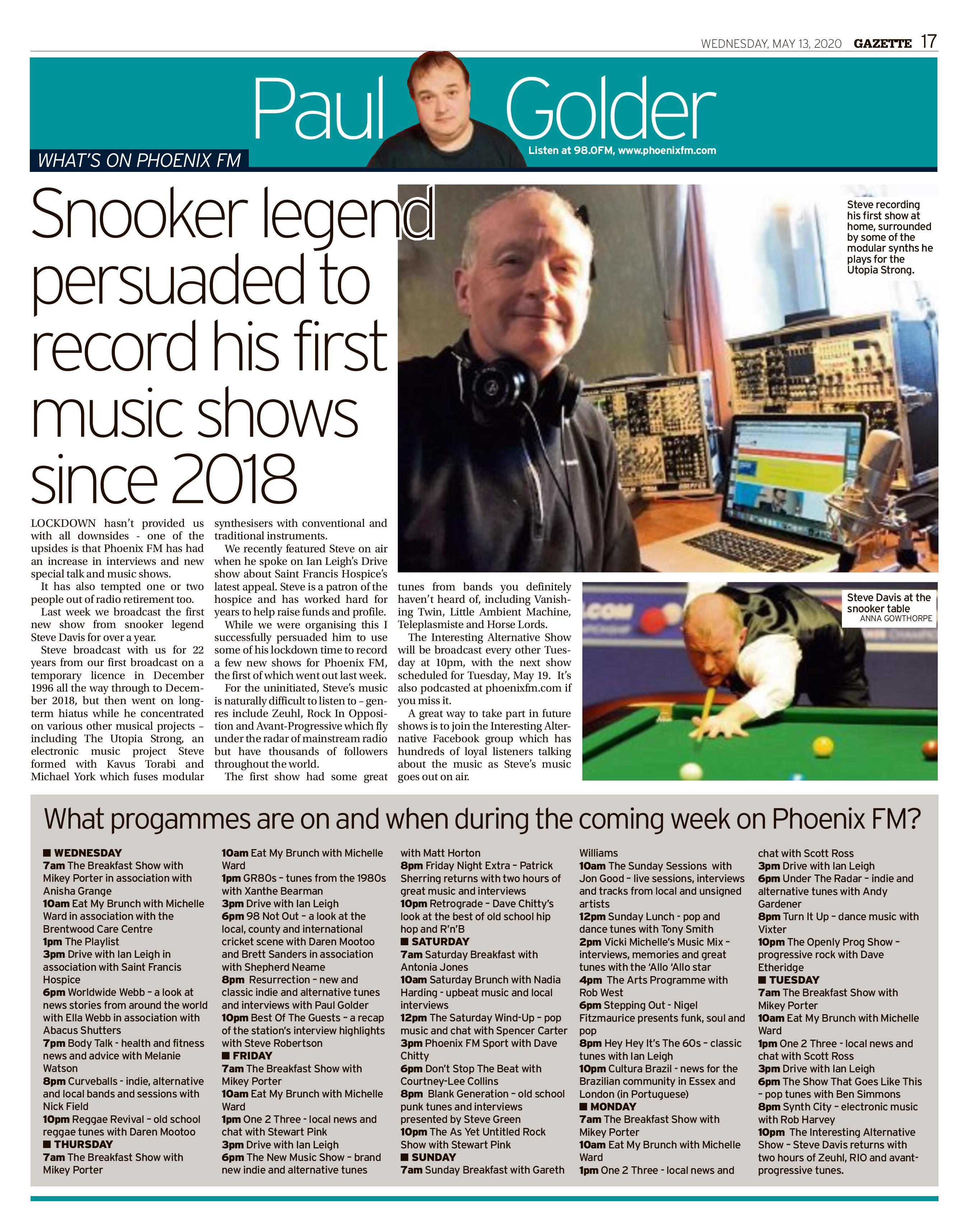 Lockdown hasn’t provided us with all downsides – one of the upsides is that Phoenix FM has had an increase in interviews and new special talk and music shows. It’s also tempted one or two people out of radio retirement too.

Last week we broadcast the first new show from snooker legend Steve Davis for over a year.

Steve broadcast with us for 22 years from our first broadcast on a temporary licence in December 1996 all the way through to December 2018, but then went on long term hiatus while he concentrated on various other musical projects – including The Utopia Strong, an electronic music project Steve formed with Kavus Torabi and Michael York which fuses modular synthesisers with conventional and traditional instruments.

We recently featured Steve on air when he spoke on Ian Leigh’s Drive show about Saint Francis Hospice’s latest appeal – Steve is a patron of the hospice and has worked hard for years to help raise funds and profile.

While we were organising this I successfully persuaded him to use some of his lockdown time to record a few new shows for Phoenix FM – the first of which went out last week.

For the uninitiated, Steve’s music is naturally difficult to listen to – genres include Zeuhl, Rock In Opposition and Avant-Progressive which fly under the radar of mainstream radio but have thousands of followers throughout the world.

The first show had some great tunes from bands you definitely haven’t heard of, including Vanishing Twin, Little Ambient Machine, Teleplasmiste and Horse Lords.

The Interesting Alternative Show will be broadcast every other Tuesday at 10pm, with the next show scheduled for Tuesday 19th May. It’s also podcasted at phoenixfm.com if you miss it.

A great way to take part in future shows is to join the Interesting Alternative Facebook group which has hundreds of loyal listeners talking about the music as Steve’s music goes out on air. 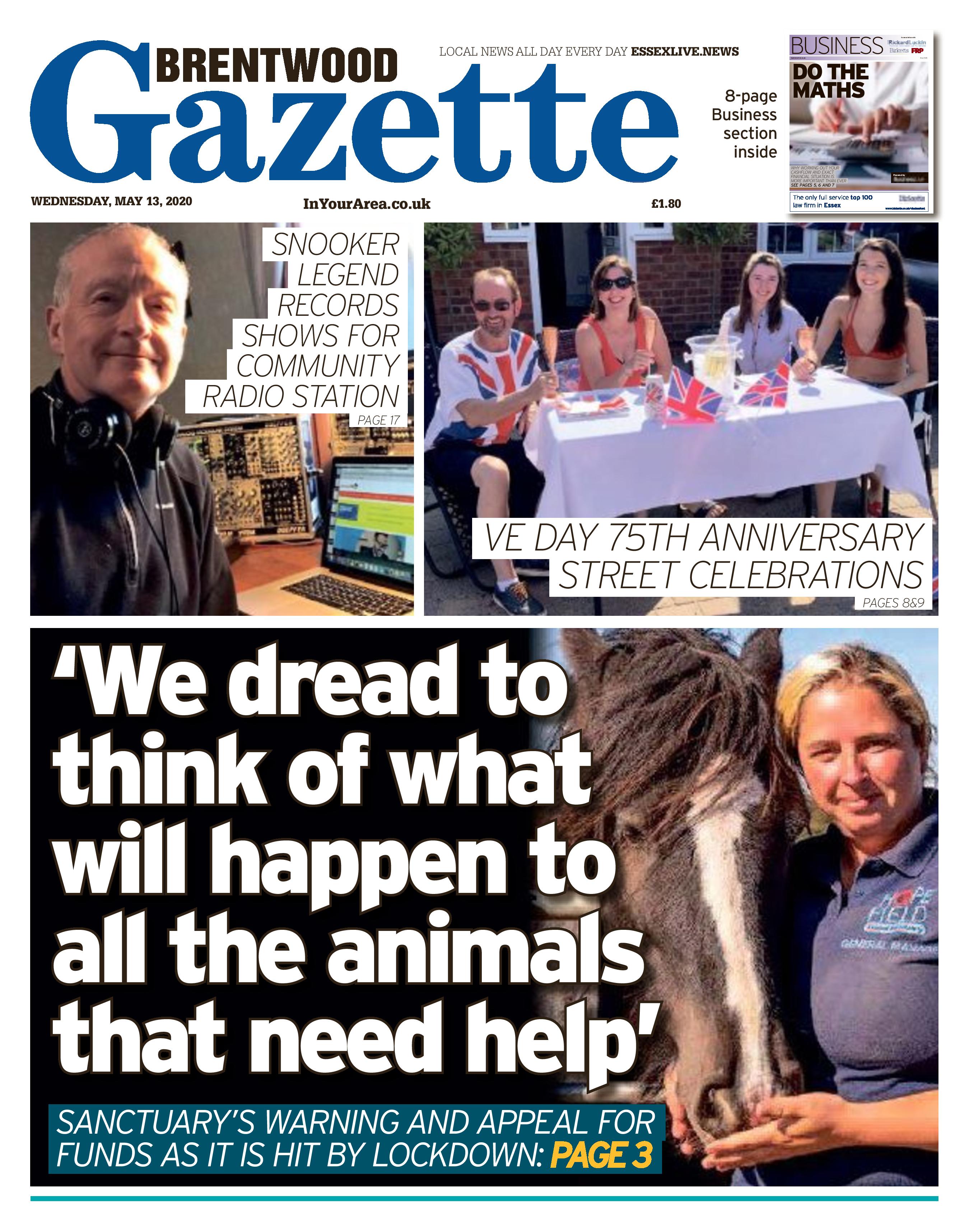