A can-do kid who means business!


Now if you happen to be a Highway Patrol officer you are undoubtedly going to experience some unusual situations from time to time, but it’s unlikely that officer Rick Morgan could have been prepared for the shock when he pulled over a car being driven somewhat erratically on the highway close to Salt Lake City.

Expecting to find either an intoxicated driver, or someone experiencing a medical emergency, he was shocked to find the SUV being driven by 5-year old Adrian Zamarripa, who explained “matter-of-factly” that he had taken the vehicle, whilst in the care of his 16-year old sister, Sidney who had nodded off.

Incredibly, driven by a “can-do” mentality, young Adrian decided to embark on the 770 mile trip to his other sister’s house in California to buy a Lambourghini, after an argument with his mother who unsurprisingly had refused to buy him one.

Intending to offer a dealer his entire life savings of $3, he might have been a bit short, as even for the cheapest model sells for more than $200,000!

Officer Morgan said he found the boy perched on the edge of the driver’s seat so he could reach the pedals.

Amazingly, although he didn’t know how to put the car in PARK, and had been driving somewhat erratically, probably due in part to the difficulty of watching where he was going, he had successfully made his way from his parent’s house to the freeway, some 2 or 3 mile distant, where he’d been achieving a steady speed of 48MPH. 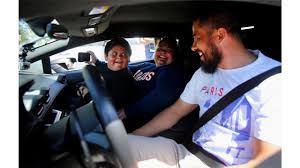 Whilst his family confirmed that Adrian had been grounded and would be doing additional chores, a company in California has offered to fly the young Lambo fan (and presumably a chaperone or two) to the state so he can actually get the behind the wheel of a real, live Lamborghini and drive it—under supervision and in a controlled environment of course, and local entrepreneur, Jeremy Neves also offered him the chance to ride in his black, two-seater Huracan. Adrian’s mother and sister taking turns at holding him on their lap while Neves drove them around the block. 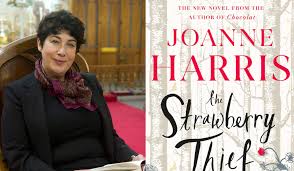 Later in the show I was joined by Margaret Mills for her monthly book review which this month bore the unlikely title “THE STRAWBERRY THIEF”. This book has been written by Joanna Harris and is the fourth novel in a series set in the fictional French village of Lansquenet-sous-Tannes.

Listen here for Margaret’s views on the book:-