Changes that are music to the ears

Written by Paul Golder in In The Papers👁 504 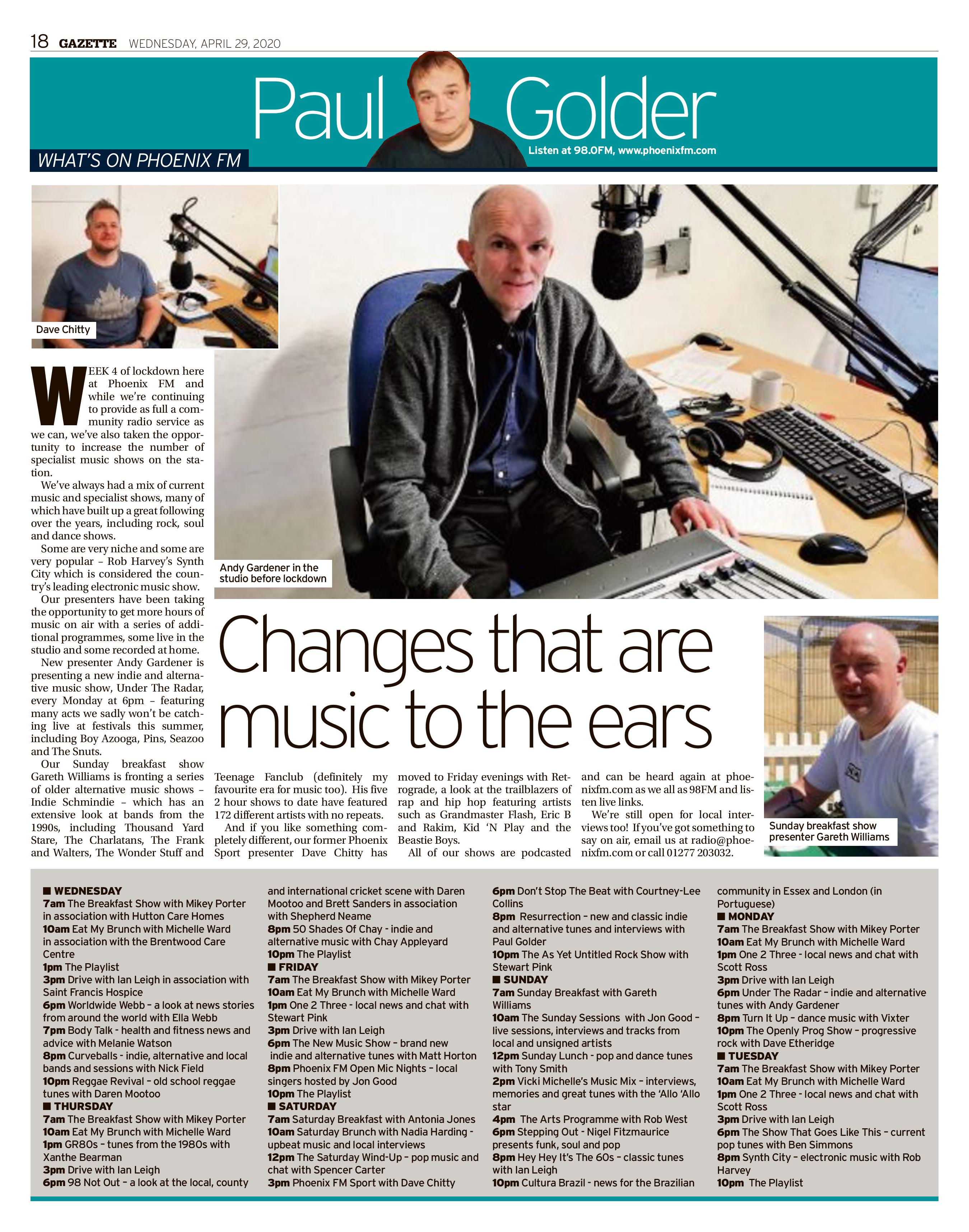 Week 4 of lockdown here at Phoenix FM and while we’re continuing to provide as full a community radio service as we can, we’ve also taken the opportunity to increase the number of specialist music shows on the station.

We’ve always had a mix of current music and specialist shows, many of which have built up a great following over the years, including rock, soul and dance shows. Some are very niche and some are very popular – Rob Harvey’s Synth City which is considered the country’s leading electronic music show.

Our presenters have been taking the opportunity to get more hours of music on air with a series of additional programmes, some live in the studio and some recorded at home.

New presenter Andy Gardener is presenting a new indie and alternative music show, Under The Radar, every Monday at 6pm – featuring many acts we sadly won’t be catching live at festivals this summer, including Boy Azooga, Pins, Seazoo and The Snuts.

Our Sunday breakfast show Gareth Williams is fronting a series of older alternative music shows – Indie Schmindie – which has an extensive look at bands from the 1990s, including Thousand Yard Stare, The Charlatans, The Frank and Walters, The Wonder Stuff and Teenage Fanclub (definitely my favourite era for music too). His five 2 hour shows to date have featured 172 different artists with no repeats!

And if you like something completely different, our former Phoenix Sport presenter Dave Chitty has moved to Friday evenings with Retrograde, a look at the trailblazers of rap and hip hop featuring artists such as Grandmaster Flash, Eric B & Rakim, Kid ‘N Play and the Beastie Boys.

All of our shows are podcasted and can be heard again at phoenixfm.com as we all as 98FM and listen live links.

** We’re still open for local interviews too! If you’ve got something you’d like to say on air please email us at radio@phoenixfm.com or call 01277 203032.