Have you missed dining out?


Now if you’ve missed dining out during lockdown, here’s a story about how one man dealt with the issue. 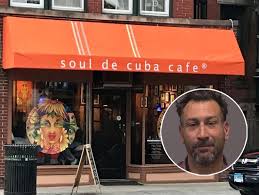 On Tuesday 14th April, responding to reports of a robbery in progress, the New Haven Police Department in Connecticut discovered 42-year old LOUIS ANGEL ORTIZ sound asleep nursing a bottle of rum, inside a local restaurant.

After reviewing footage recorded by the security cameras, they discovered that the robbery had in fact been in progress for quite some time – 4 days in fact!

It seems that Ortiz had actually entered the property via a side window on Saturday the 11th and over the course of the intervening days, had helped himself to the  food, liquor and beer, as well as occasionally leaving for home during which time he liberated beverages and other property from the restaurant.

The business had been closed during this time and it was a manager’s routine check of the establishment that led to the discovery of the break in.

It has been estimated that including 70 bottles of stolen liquor, several thousand dollars worth of food and drink had been consumed over the 4 day period.

Margaret Mills joined me again today to look at St Mary’s Church in Widford and its connections with Hylands House and some of the previous occupants of that property. 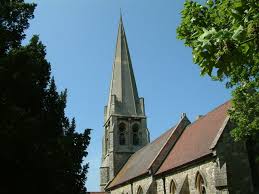