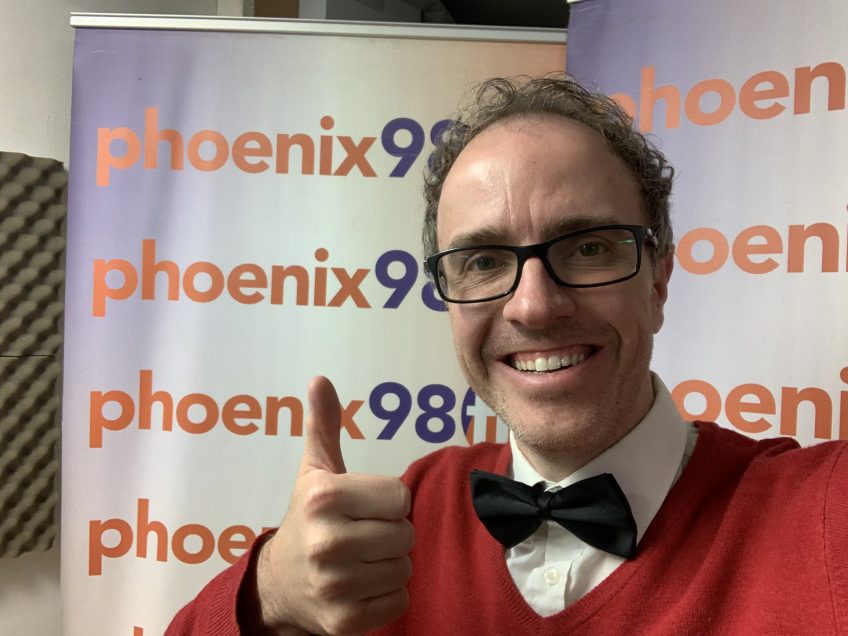 After wearing no trousers on a previous show, Ben ups the ante this week and smartens himself up.

As well as his new neckwear, Ben deals with Ex-Spouse Day, Be Kind to Lawyers Day and Dolphin Day on this week’s show.

He also crams in as many of your requests as possible. And broadcasts on Facebook Live as well.