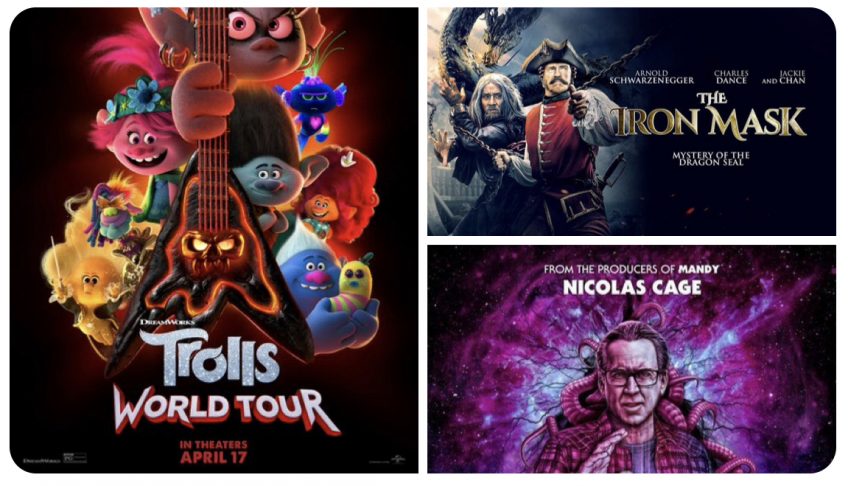 Trolls World Tour
– Poppy and Branch try to save the six musical Troll lands from domination by Queen Barb and heavy metal.

The Iron Mask
– A Cartographer is sent to China to confront a Dragon Master. At the same time an iron masked Russian Tsar escapes the Tower of Lon and flees aboard a Russian ship.

Color Out Of Space
– A strange meteroite lands in a farm causing problems for the family who own the farm and the wider world.