Strict new curbs on life in UK announced by PM

Written by Paul Golder in Uncategorized👁 830


Strict new curbs on life in the UK to tackle the spread of coronavirus have been announced by the prime minister.

From this evening people must stay at home except for shopping for basic necessities, daily exercise, any medical need and travelling to and from essential work.

Shops selling non-essential goods are being told to shut and gatherings in public of more than two people who do not live together are to be prohibited.

The UK death toll has reached 335.

If people do not follow the rules police will have the powers to enforce them, including through fines and dispersing gatherings, Boris Johnson said in a televised statement from Downing Street.

Other premises including libraries, playgrounds and outdoor gyms, and places of worship must also close immediately.

Parks will remain open for exercise but gatherings will be dispersed.

The government is also stopping all social events, including weddings, baptisms and other ceremonies – but funerals will be allowed.

Mr Johnson said the restrictions would be kept under constant review.

“We will look again in three weeks, and relax them if the evidence shows we are able to,” he added.

The prime minister said the measures were necessary to tackle “the biggest threat this country has faced for decades”.

“Without a huge national effort to halt the growth of this virus, there will come a moment when no health service in the world could possibly cope; because there won’t be enough ventilators, enough intensive care beds, enough doctors and nurses,” he said.

“And as we have seen elsewhere, in other countries that also have fantastic health care systems, that is the moment of real danger.

“To put it simply, if too many people become seriously unwell at one time, the NHS will be unable to handle it – meaning more people are likely to die, not just from coronavirus but from other illnesses as well.”

The UK has been under growing pressure to follow other countries by ordering the closure of more shops, and enforcing rules on social distancing, amid concerns people have been ignoring government advice.

The prime minister said he knew the “damage” the restrictions were causing to people’s lives, businesses and jobs but at present there were “no easy options”.

“The way ahead is hard, and it is still true that many lives will sadly be lost,” he said.

However, Mr Johnson said there was “a clear way through”, by strengthening the NHS with former clinicians returning to work, accelerating the search for treatments and a vaccine and buying millions of testing kits. 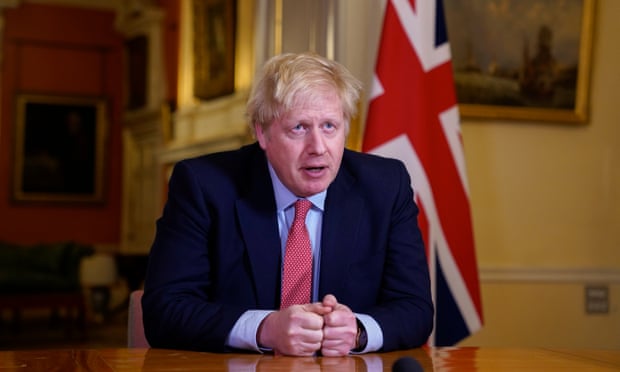