Electioneering US style and a funeral to die for!


As the world seemingly goes mad, we reported today on why in the midst of electioneering, Donald Trump’s speeches seem, to be getting ever longer. 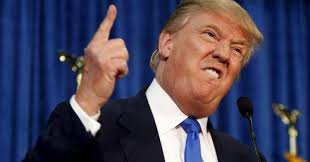 Over here we might not have noticed that Donald Trump’s speeches are getting longer during his bid for re-election this November, compared with the diatribes he produced during his first attempt at the presidency.

But according to Brian Ott, a Texas Tech University professor of communications, it’s all true!

Dozens of people who attended a recent speech in North Carolina had to leave 20 minutes before the end of the event, because it overran!

So why should this be the case, one might ask oneself?

Seemingly because most of what he says involves attacking other people, perceived grievances, or indeed anything else he doesn’t like, he now uses every opportunity to fend off attacks from a whole variety of sources.

Apart from the Mueller investigation into alleged electoral impropriety, which lead to an attempted impeachment, run-ins with several world leaders, sparking criticism for his trade policies and after 4 years of alienating loads of people which has resulted in many of his friends and allies being tried on a whole range of charges, quite simply he now has loads more enemies.

Being someone who doesn’t take criticism lightly, he is reportedly using his rallies to go after all, and any perceived injustices.

US elections have typically favoured incumbent and many commentators believe this one may be no different, but clearly he is leaving nothing to chance.

I guess we’ll all just have to wait and see what transpires.

Meanwhile from Northern Ireland comes news of a funeral that turned into a “free for all” punch up!

Of course funerals are normally quiet discrete affairs, held with due decorum and solemnity and intended to celebrate the life of the deceased and offer comfort and support for the bereaved.

Well that’s what you’d normally expect – but not this one!

Pandemonium erupted during the funeral mass being held for Brian McDonagh, a 25-year old member of the travelling community in Strabane, Co. Tyrone.

Mourners were heard screaming and seen scrambling to safety across the altar in St Mary’s Church on the Belmont Road, after hearing what sounded like gunfire but which turned out to be a pew collapsing, during the melee. 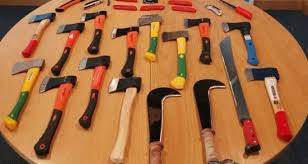 It seems that a disagreement arose between two families inside the church during the mass, which was attended by 400 people, resulting in police having to position 20 land rovers in the church grounds.

That’s what I guess you’d have to call a “mass brawl”!

The police subsequently ordered all local pubs and eating places to close, as well as clubs and taxi ranks and placed the town in semi-lockdown.

So I wonder where they held the wake.