Written by Paul Golder in In The Papers👁 398 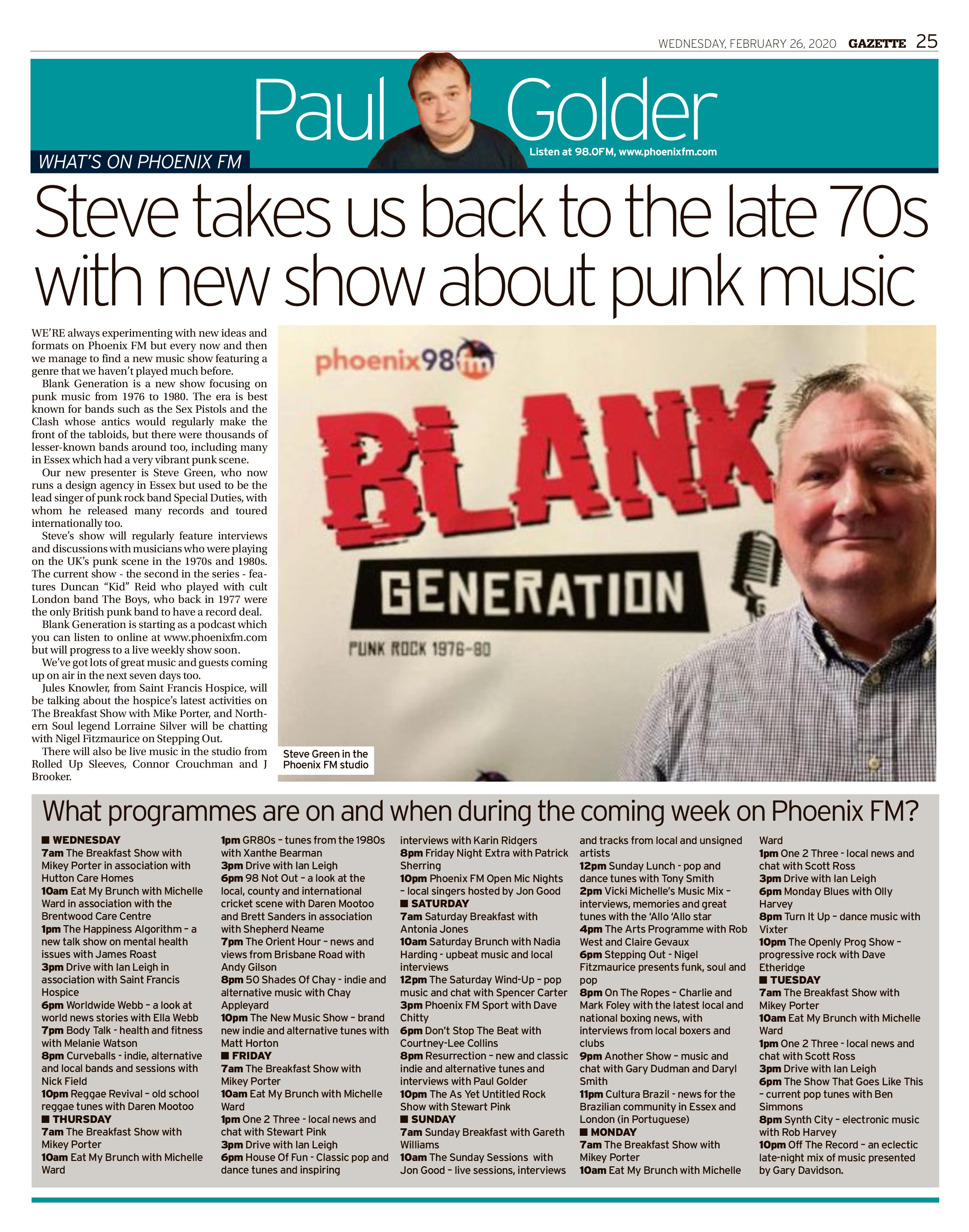 We’re always experimenting with new ideas and formats on Phoenix FM but every now and then we manage to find a new music show featuring a genre that we haven’t played much before.

Blank Generation is a new show focusing on punk music from 1976 to 1980. The era is best known for bands such as the Sex Pistols and the Clash whose antics would regularly make the front of the tabloids, but there were thousands of lesser known bands around too, including many in Essex which had a very vibrant punk scene.

Our new presenter is Steve Green who now runs a design agency in Essex, but used to be the lead singer of punk rock band ‘Special Duties’ with whom he released many records and toured internationally too.

Steve’s show will regularly feature interviews and discussions with musicians who were playing on the UK’s punk scene in the 70s and 80s. The current show – the second in the series – features Duncan “Kid” Reid who played with cult London band The Boys, who back in 1977 were the only British punk band to have a record deal.

Blank Generation is starting as a podcast which you can listen to online at phoenixfm.com but will progress to a live weekly show soon.

We’ve got lots of great music and guests coming up on air in the next seven days too.

Jules Knowler from Saint Francis Hospice will be talking about the hospice’s latest activities on The Breakfast Show with Mike Porter, and Northern Soul legend Lorraine Silver will be chatting with Nigel Fitzmaurice on Stepping Out.

There will also be live music in the studio from Rolled Up Sleeves, Connor Crouchman and J Brooker.