The Syamisenist – live at Phoenix FM

Written by Michelle Ward in Eat My Brunch👁 1,135

We were very pleased to welcome Jack, Yuki and Kyohei – otherwise known as three-piece band THE SYAMISENIST – all the way from Tokyo!

The Syamisenist are an instrumental three-piece band whose music incorporates the Shamisen – a traditional three string fretless Japanese guitar-like instrument.

Despite the very traditional look of the instruments, the Syamisenist moves from psychedelic rock to jazz and funk to fuzzy heavy metal-inspired riffing to Indian scales and Japanese tunes.

The trio are in the UK for a mini-tour which sees them play The Hope And Anchor on Sunday 1st March.

The trio have a new album out – [re:tokyo] – and played one track from it in the studio, which you can see below:

Hare means “clear sky” in English and the trio chose it because they were inspired by this morning’s clear sky, which didn’t last long!

Jack and Yuji played lead and bass shamisen respectively, with Kyohei playing the pandeiro, which is a Brazilian instrument that looks like a tambourine but has an incredibly versatile range of sounds, mimicking a drum kit’s snare, bass and hi hat.

A big thanks to Jack, Yuji and Kyohei and also to Justin Sachs from More Than Music for setting it all up. 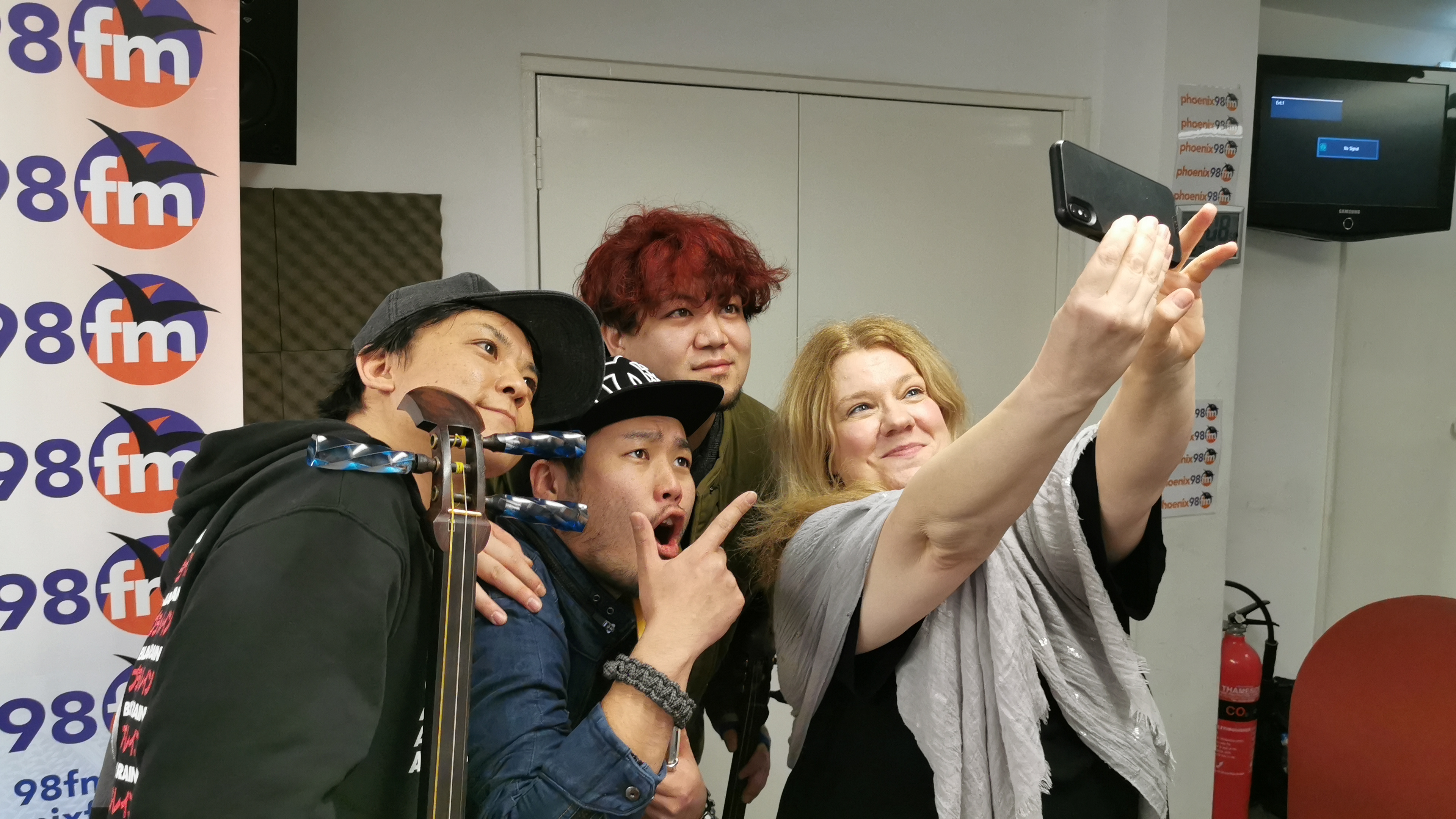 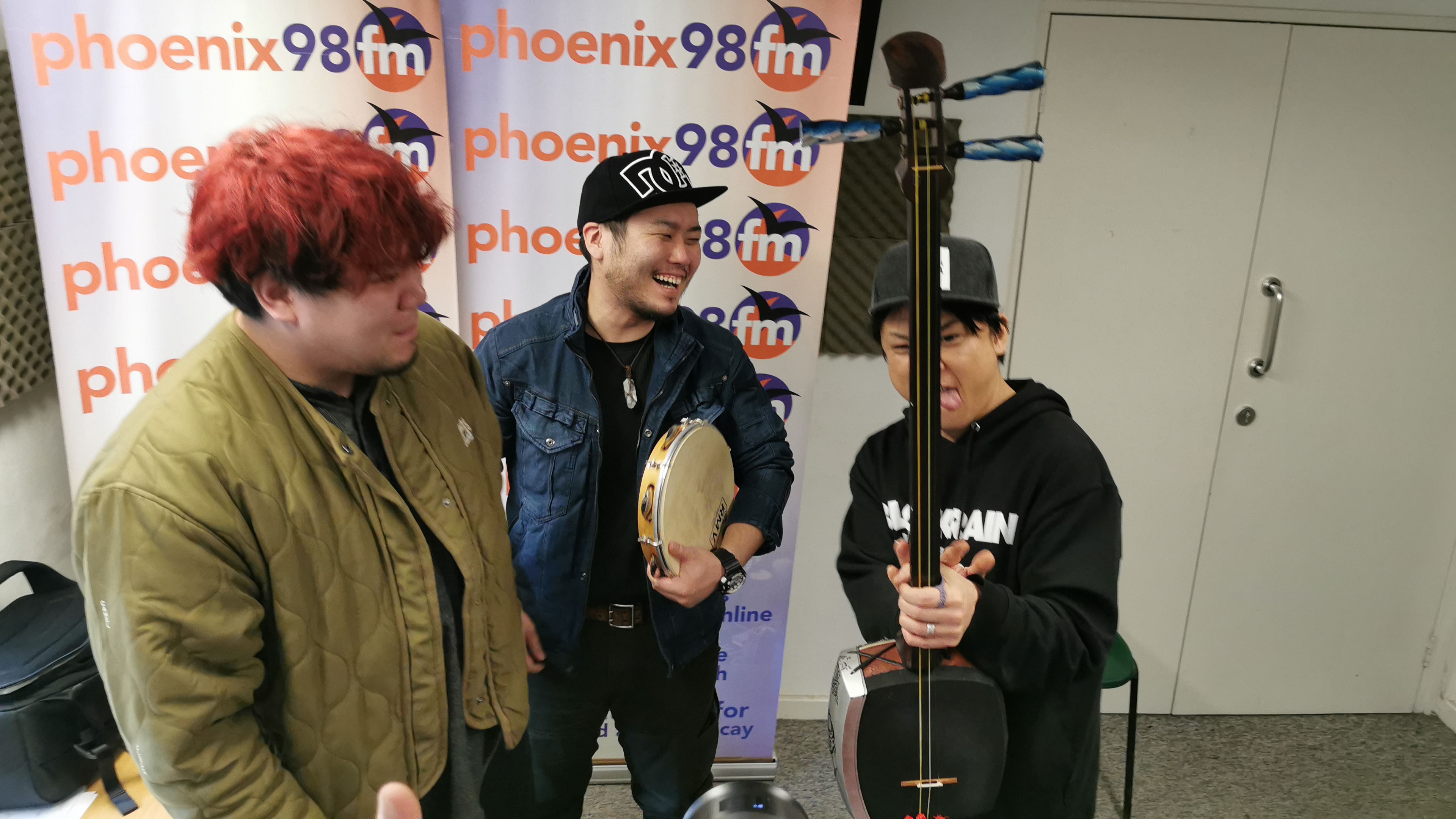