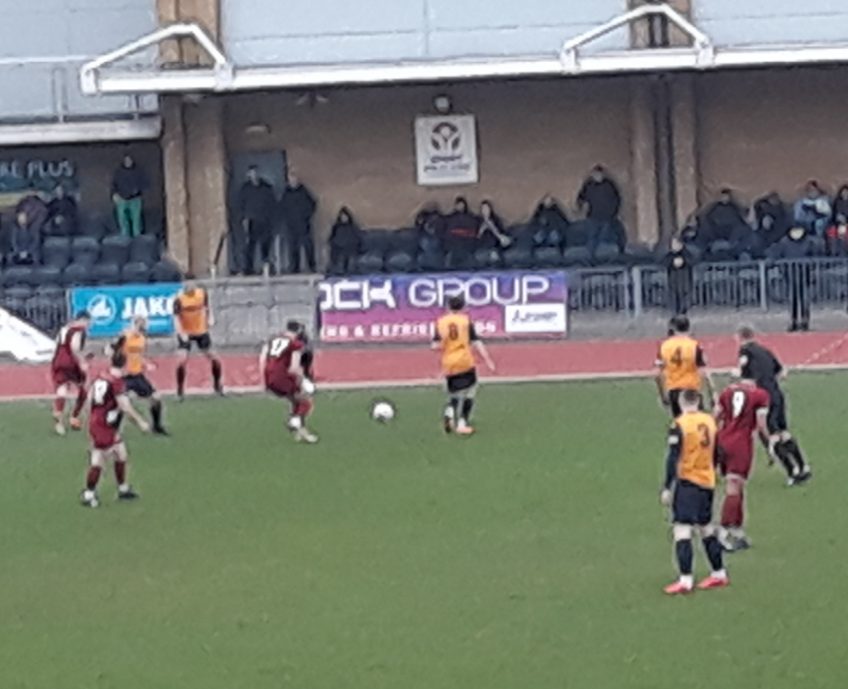 Chelmsford City gave a good account of themselves against promotion-chasing Slough Town this afternoon and had opportunities to take three points, but they ultimately had to settle for a draw from a game played in difficult blustery conditions.

Clarets interim player/manager Robbie Simpson started with the same side who began Monday’s 3-1 victory at home to Tonbridge Angels. New signing Troy Brown – the former Ipswich Town and Wales under-21 defender who had signed for City the previous day – was on the bench.

Slough’s substitutes included ex-Chelmsford midfielder Scott Davies, who had a spell at Melbourne in the 2017/18 season.

Slough had an early chance as a free-kick found Dan Roberts, who glanced a header across the goal before Chelmsford’s Frazer Shaw put the ball behind to safety.

Then just before the quarter of an hour mark the Clarets came close to opening the scoring when a Chez Isaac corner was very nearly headed into his own net by the visitors’ Max Worsfold, but it went out for a second corner instead.

Then the Rebels came close again as Worsfold outpaced Shaw, but his shot from close range was well saved by City goalkeeper Laurie Walker.

But a great move not long before the break very nearly resulted in a goal for the home side.

But the ex-Reading striker’s close-range effort was easily gathered by Slough keeper Jack Turner and it was therefore goalless at half-time. 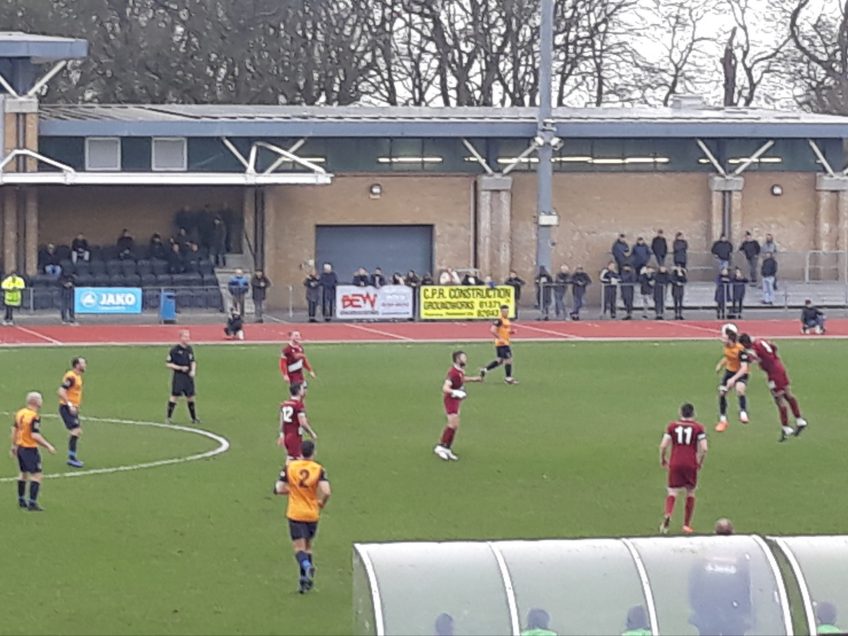 Wraight was involved again as he glanced a header just wide with the second half just a couple of minutes old, following a deep cross into the box from Isaac.

The Rebels’ first chance of the second period came in the 54th minute when Roberts ran into the box before firing a shot wide to Walker’s left.

And a minute later Walker had to be alert as he gathered the ball well from Worsfold’s cross.

But the Clarets grabbed the lead with an hour gone.

Joseph Chisyausiku won possession after a mix-up in the Slough defence, set off on a run, rounded Turner and placed the ball into the empty net to put Robbie Simpson’s side 1-0 to the good.

But 6 minutes later the visitors were level when a Matt Lench free-kick was headed past Walker by Ryan Bird to level the scores.

And Slough nearly went in front through Roberts with 70 minutes on the clock, but he was twice thwarted by Walker who made a superb double save.

Knott had a great opportunity several minutes later but despite finding himself in plenty of space hit his shot skywards, and not long afterwards the former Bradford City midfield man was substituted and replaced by Tom Knowles.

And as the game entered the final minutes it was a Knowles corner that found Wraight, who came very close to snatching the lead for the Clarets but Turner managed to save.

Then in injury time, the Cambridge United loanee was very close himself as his free-kick evaded everyone and went only just wide to Turner’s left.

After the match I spoke with Chelmsford boss Robbie Simpson. The interview can be seen here.