A MAGNIFICENT SEVEN FOR SMALL’S MEN 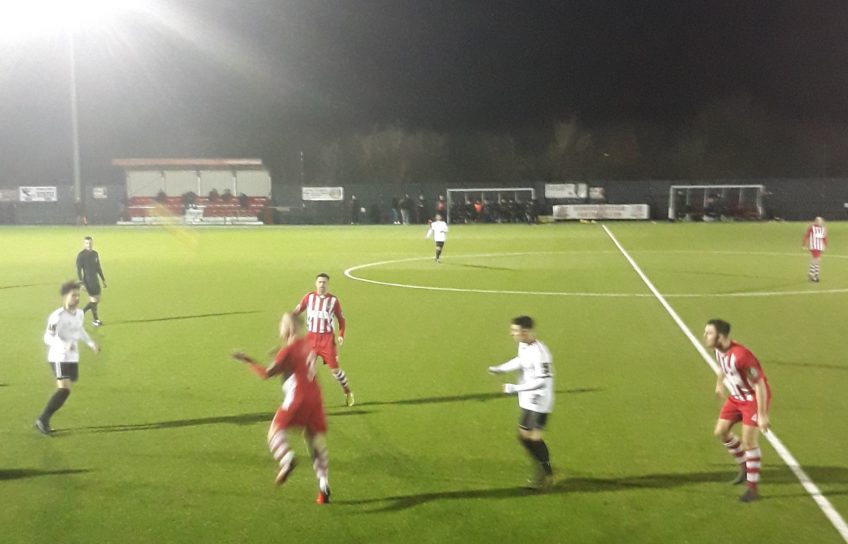 Bowers & Pitsea scored what was far and away their record victory this season tonight, putting seven goals past bottom club Brightlingsea Regent without reply.

With 9 minutes gone Ben Sartain won the ball just outside the area and his excellent right-footed drive beat Charlie Turner in the Brightlingsea goal to make it 1-0 to the home side.

Then two minutes later Quentin Monville headed home to double their lead from the rebound after Turner had pushed away a Brad Warner shot.

Warner was setting up some decent chances from the left flank, including one a few minutes after Monville’s had made it 2-0 when a perfectly placed cross found Lewis Manor, whose header only just went wide.

On 20 minutes Monville used his pace to beat goalkeeper Turner down the right-hand side, but the Regent defence managed to scramble the ball to safety.

And just before the half-hour mark a Lewis Manor header effort bounced over the crossbar as Rob Small’s men continued to dominate.

After 35 minutes it was 3-0 as a Monville shot from the right was put over the line from close range by Manor.

With 42 minutes on the clock another perfectly placed Warner cross met Callum Leahy at the far post, who tapped the ball in for Bowers’ fourth. 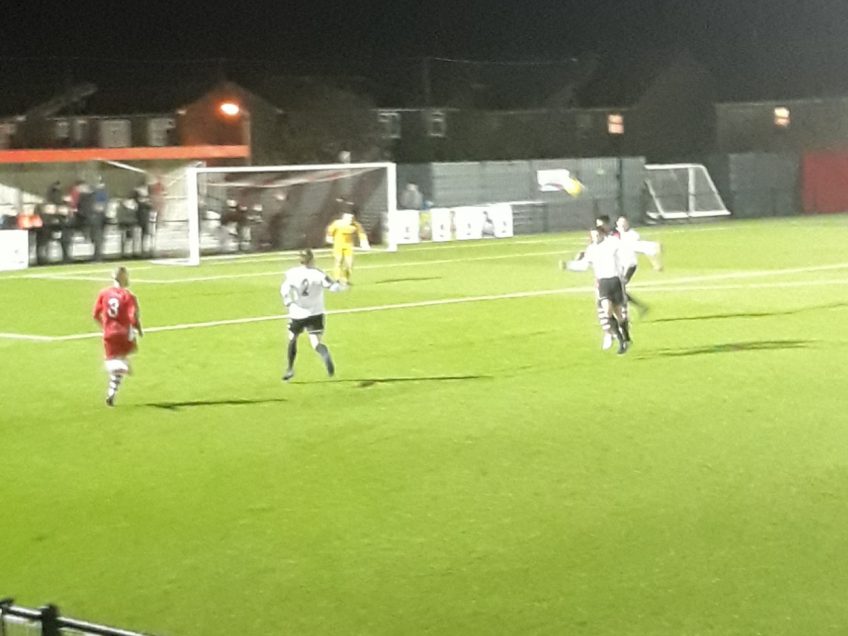 Early in the second half a speculative effort from the excellent Monville nearly resulted in Bowers’ fifth as Turner failed to gather his shot, but the ball went out for a corner.

Conditions worsened with the driving wind and rain intensifying, but the home team were undeterred by this as Manor scored his second and his side’s fifth in the 54th minute when he headed home a Warner corner.

It was now becoming a question of how many Bowers would score, with Brightlingsea hardly having a look-in and Callum Chafer in the home goal having been a virtual spectator.

But in the 62nd minute Monville rounded Turner at the other end for his second, and it was now 6-0.

And 9 minutes later Manor glanced the ball home for his hat-trick as a relentless Bowers side kept up the pace.

As the game went into the final stages Tyrone Baker, who Bowers boss Small had brought on in place of Max Cornhill cleverly turned inside a couple of Regent defenders and wasn’t far away from adding another goal as his shot went just wide.

But to Brightlingsea’s relief, the home team didn’t add to their tally further and a superb performance by them finished with a 7-0 scoreline.

After the match I spoke exclusively with Bowers manager Rob Small. The conversation can be viewed here.