KNOWLES NETS A STUNNER AS CITY STOP THE ANGELS FROM FLYING 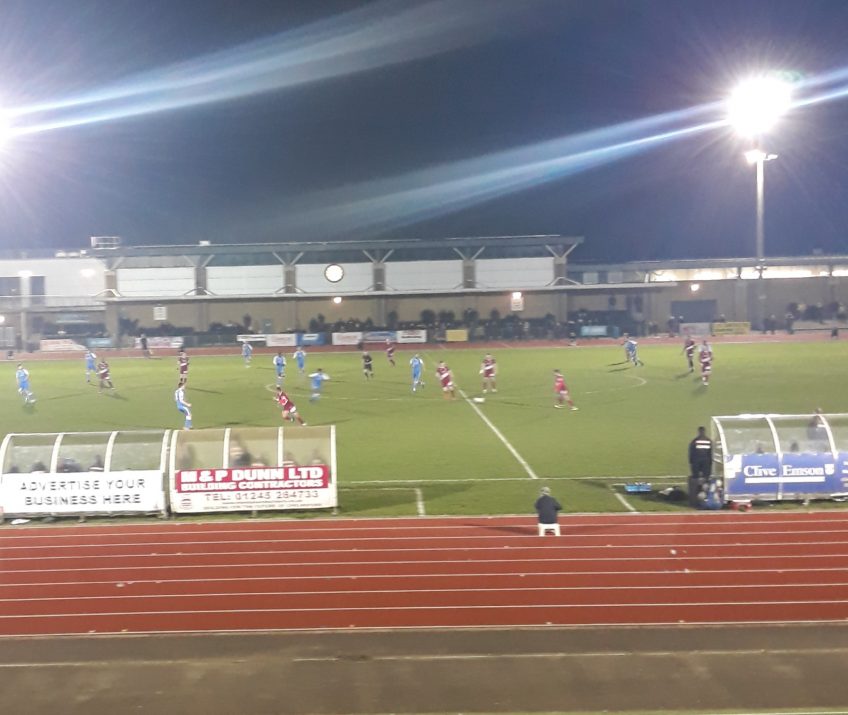 Chelmsford City ended their recent dismal run of results by beating relegation threatened Tonbridge Angels and moving up to 10th place in the National League South, in what was their first win since interim manager Robbie Simpson took charge.

Simpson rang some changes following Saturday’s 2-0 defeat at Dorking Wanderers, bringing in centre-back Elliott Ward whose signing had been announced earlier in the day.

The vastly experienced centre-back’s CV includes spells in the Premier League with West Ham United (his first club) and Norwich City, and he was most recently playing for Cambridge United in League Two of the EFL. He replaced Adrian Cascaval in the starting eleven.

Frazer Shaw, Joseph Chidyausiku and Leroy Lita started ahead of Jonny Giles, Tom Knowles and Shaun Jeffers all of whom began this game on the bench.

The Tonbridge side included ex-Southend United striker Jason Williams, who had a spell on loan with the Clarets during his Roots Hall days several years ago.

Chelmsford had their first decent chance with 8 minutes played, when midfielder Billy Knott nearly capitalised on a rush of blood by Tonbridge goalkeeper Jonathan Henly, who came racing out of his area to challenge Clarets striker Chidyausiku but came off second best.

Knott fired a goalbound shot from the edge of the box, but it was cleared off the line to safety.

But it was Tonbridge who took the lead in the 17th minute, when Christ Tiehi crossed from the right for Joe Turner who made it 1-0 to the Kent side.

Midway through the first half City had a decent chance to equalise when Chidyausiku glanced a header across goal from a Knott corner, but it sailed wide.

Then a few minutes later at the other end Rian Bray had a good chance to double Angels’ lead, but his header also went just wide.

Then City’s Tom Wraight equalised in the 27th minute when he rounded Henly to bring the scores level.

Chelmsford came agonisingly close to going in front shortly afterwards when the lively Chidyausiku provided a fine cross which was met by Chez Isaac, whose header came very close to being on target.

The remainder of the first period didn’t generate any meaningful chances at either end, so the scores remained level at half-time. 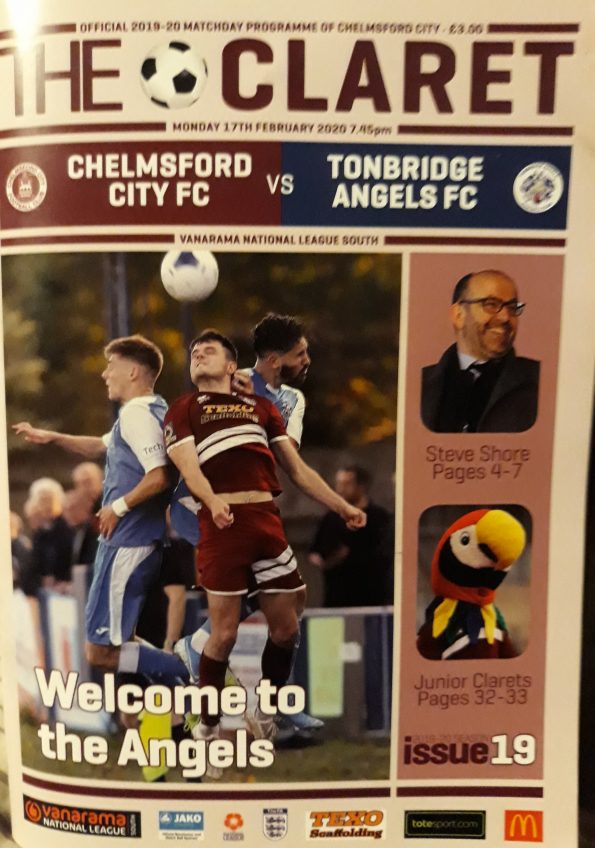 The second half was only into its second minute when City grabbed the lead, young full-back Danny Imray’s superb cross from the right finding Lita.

And the former Reading man headed past Henly at the back post to make it 2-1 to the home side.

Harry Donovan had a good chance to score for Angels in the 59th minute, when Laurie Walker was caught way off his line but failed to hit the target with his effort.

In the 79th minute Lita had a golden opportunity to put the match beyond Tonbridge’s reach when he was beautifully teed up but with only Henly to beat, he somehow fired his shot wide.

But Clarets substitute Tom Knowles – who had replaced Knott with 17 minutes of the match remaining – put the game out of Tonbridge’s reach completely in the fourth minute of injury time, and in incredible style.

The visitors had won a late free-kick for which keeper Henly had ventured forward.

Cambridge United loanee Knowles came into possession on the break and set off at great pace.

Approaching the halfway line, he realised Henly hadn’t had time to get back to his goal and unleashed a shot from the halfway line into an empty net, sealing victory and sparking huge celebrations.

Shortly afterwards referee Wayne Cartmel blew the full-time whistle and Simpson had his first win since his temporary appointment in place of Rod Stringer.

It remains to be seen whether the Chelmsford board will have a new manager in place before the weekend.

But if that did turn out to be Simpson’s last match in charge, at least he can step back from the role on a high.