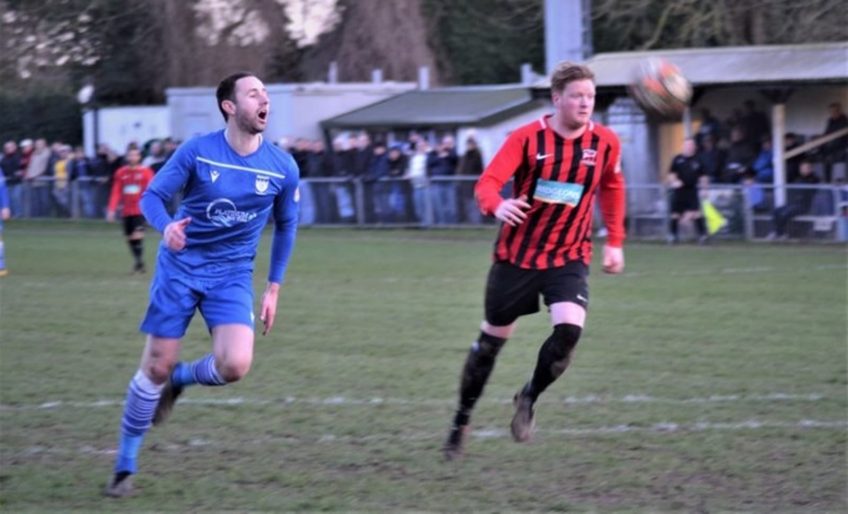 Both sides will have to be content with a point after drawing a blank on Saturday. The hosts fielded a young side and had their chances but found Ronnie Yates and his defence in no mood to concede. At the other end and the hosts needed Bradley Robinson to pull off a few saves to deny the visitors who remain 5th after this encounter, with Cockfosters three places further back in the table.

Hadley picked up all the points against lowly Enfield, who certainly gave their opponents a game but in the end were gunned down by a goal in either half. Manny Hammond opened the scoring two minutes before the break to give the Bricks a 1-0 half-time lead and Yemi Buraimoh doubled it just past the hour. The win keeps Hadley 4th, twelve points behind leaders Saffron Walden Town, but they do still have games in hand and also have games coming up against fellow title challengers Walthamstow and Hashtag United. Enfield sit second from bottom after this result.

West Essex had four players from their Under 18s in the squad that visited Lowfields – and they would have had a rollercoster of a ride as the Stags went from 2-0 up to needing a late equaliser to make sure they at least returned from their journey with something to show for it. Cameron Gray and Joel Lamb had fired the visitors into a 2-0 lead inside the opening quarter of an hour. But Harry Bushell reduced arrears in the 16th minute and four minutes later the Lilywhites were level thanks to Aaron Ramthor. Having levelled the game, the hosts then went into the break leading 3-2 as Harry Andic had netted in the 37th minute to turn the game totally on its head. West Essex had to stand up to a lot of Hoddesdon pressure in the second half, but were able to claw back a point as Izzy Ogendi-Uzokwe supplied the equaliser in the 80th minute. Hoddesdon remain 9th, a place above West Essex in 10th.

A goal in either half gunned down Southend Manor who still need to pick up a few more points if they don’t want to get involved in some late season relegation drama. The Foxes scored their goals through Larry Akani on 25 minutes, Jordan Fisher on 75 minutes and also saw Graham Loki and his defence pick up a clean sheet on root to the three points. Ilford move up to 12th, Southend Manor remain down in 16th.

Stansted made it eleven wins on the bounce after stunning leaders Saffron Walden Town at Hargrave Park. Joseph Clarke fired the Airportmen into the lead right on the stroke of half-time and Ryan Ramsey then doubled it four minutes into the second half. Nathan Scarborough was able to pull one back for the leaders in the 57th minute but the Bloods were unable to find anything in their locker to ensure they picked up something from this local derby. The result means Saffron Walden stay top but the other teams in title contention are closing in and have games in hand.

Hasan Nalbant and Charlie Portway scored a goal apiece in Redbridge’s 2-0 away win at St Margaretsbury. Florent Gislette and his defence picked up their second clean sheet of the week, and for the Motormen it means they have picked themselves up after suffering a 7-2 reverse at home to Clapton last time out. St Margaretsbury reached the Semi Finals of the Gordon Brasted Memorial Trophy in midweek but their league form has seen them win once with two draws, from their last twelve games and as a result now find themselves down in 15th.

Max Mitchell’s first league game as manager saw his side race to a 3-0 half time lead as a Lewis Francis brace, alongside a Dwade James goal placed the ESL title chasers in the driving seat. Michael Toner rounded up the scoring ten minutes from time. Walthamstow move up to 2nd, two points behind Saffron Walden Town having also two games in hand.