Natasha and Moira help us to remember the horrors of Holocaust

Written by Paul Golder in In The Papers👁 234 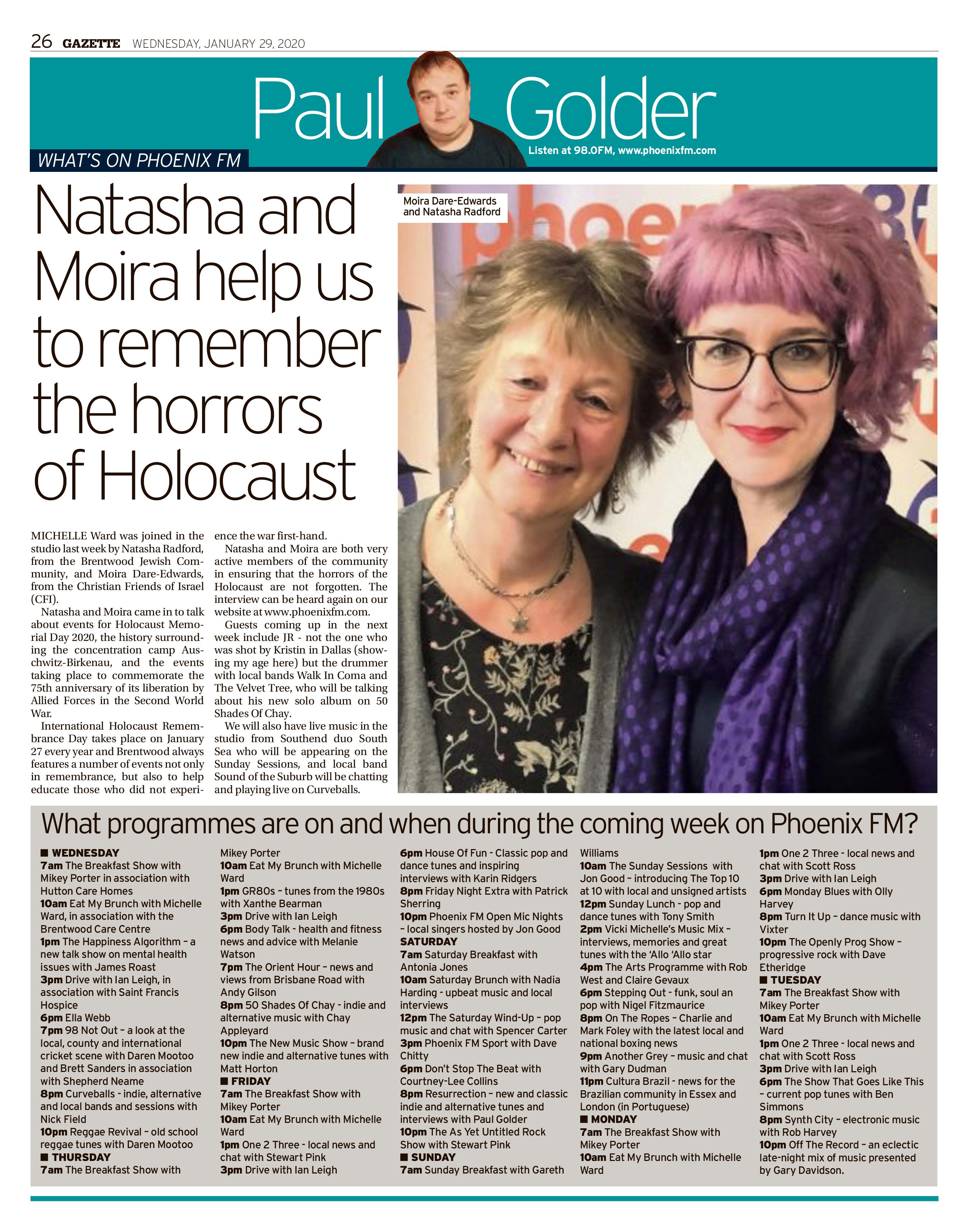 Michelle Ward was joined in the studio last week by Natasha Radford from the Brentwood Jewish Community and Moira Dare-Edwards from CFI – the Christian Friends of Israel.

Natasha and Moira came in to talk about events for Holocaust Memorial Day 2020, the history surrounding the concentration camp Auschwitz-Birkenau, and the events taking place to commemorate the 75th anniversary of its liberation by Allied Forces in World War II.

International Holocaust Remembrance Day takes place on 27 January every year and Brentwood always features a number of events not just in remembrance but to help educate those who did not experience the war first hand. Natasha and Moira are both very active members of community in ensuring that the horrors of the Holocaust are not forgotten.

The interview can be heard again on our website at phoenixfm.com.

** Guests coming up in the next week include JR – not the one who was shot by Kristin in Dallas (showing my age here) but the drummer with local bands Walk In Coma and The Velvet Tree, who will be talking about his new solo album on 50 Shades Of Chay.

We will also have live music in the studio from Southend duo South Sea who will be appearing on the Sunday Sessions, and local band Sound of the Suburb will be chatting and playing live on Curveballs.