BOWERS MISS THE CHANCE OF A CASUAL DOUBLE 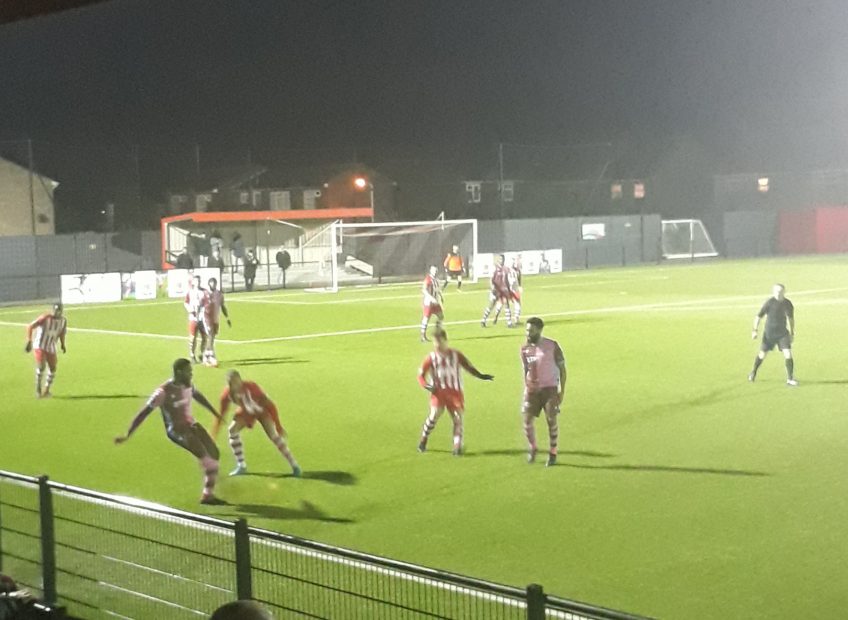 Having won 1-0 away to Corinthian-Casuals at the weekend, Bowers & Pitsea went into this match hoping to secure a quick league double against a side struggling near the foot of the table.

But it was not to be, as their opponents got the better of them on this occasion.

Bowers manager Rob Small made one change to his starting line-up from Saturday’s victory, Sammy Collins coming in for Lewis Manor.

Both sides looked lively in the early stages, but it was the visitors who took the lead in the 8th minute when a Juevan Spencer cross from the left was headed home by Benjamin Checklit from close range.

Midway through the first half, Bowers might have got back into the game had visiting goalkeeper Daniel Bracken not tipped away an effort from midfielder Quentin Monville.

Then with six minutes to go until half-time Brad Warner had a shot blocked which then fell to James Thomas, who nearly snatched an equaliser when he found himself in a one-on-one with Bracken but the Casuals number one made a superb save. 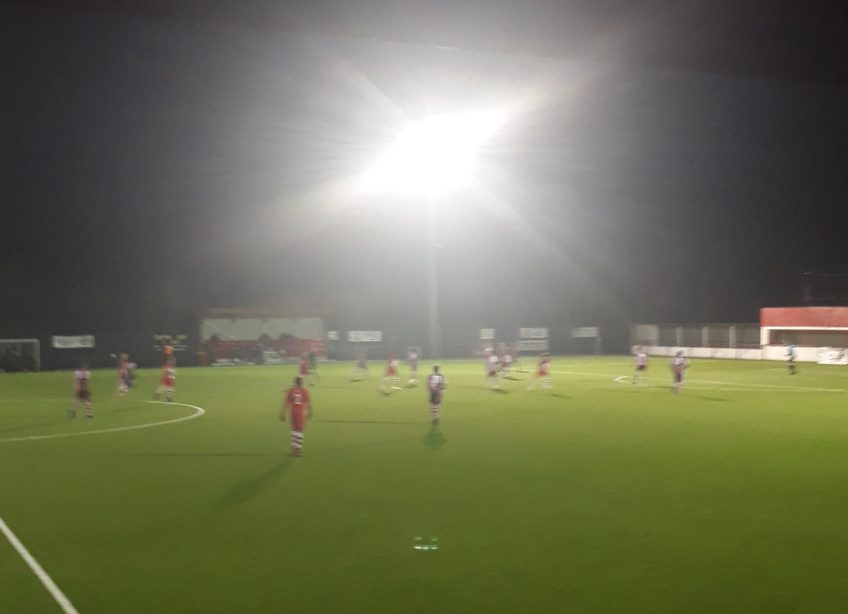 But that was as close as the home side came in the opening 45 minutes, and so Casuals went in at the interval with their early lead still intact.

And that lead was doubled eight minutes after the restart when Bradley Wilson outpaced the Bowers defence and side-footed the ball to Gabriel Odunaike.

The striker then tapped the ball past Callum Chafer in the home goal, and it was now 2-0 to the South West London side.

Bowers started to show a bit more urgency than they had for most of the game, nearly coming back into the match when left-back Tom Stephen went on the attack and had a good chance that went just wide of Bracken’s goal.

Small made personnel changes to try and change things, bringing on three substitutes during a 21-minute period but his side never looked much like gaining a foothold.

Casuals manager James Bracken also made three late substitutions, but all he needed to do was ensure his side protected their two-goal cushion which they did, although Stephen once again went close for the home team with a late header that was caught by Bracken.

For much of the game, Bowers were struggling to break down a workmanlike and well-organised Casuals side and despite having various opportunities – mainly from set-pieces, they never quite clicked or recovered from the early goal.

Corinthian-Casuals on the other hand will have been extremely pleased to pick up three vital points in their battle to avoid relegation, which – if tonight’s showing was anything to go by – might well prove a successful one.