Written by Chris Stagg in Words and Sound👁 1,095


Black Mass is the latest offering from indie maestro; filmmaker Scott Lyus. His’ most ambitious film to date, Black Mass at first appears to be the story of a man haunted by a demonic presence, and as such, the film delivers a chilling short horror, with an incredibly realised villain. However, it’s so much more than that. Where Black Mass triumphs is the demonic presence is a representation of depression, and the film then shows us not only the effects of that ‘demon’ on our main character, but also the effects of the loved ones around him. Black Mass effectively shows us how depression feels from the inside and how it feels to watch someone battling it.

A sensitive difficult subject and one close to my heart, Black Mass deals with mental illness with sympathy and intelligence, and this is achieved because it isn’t a cash in trying to capture the current zeitgeist – it’s Lyus’ interpretation of his own battles. This is a film maker trying to make us understand the pain that depression brings, as a form of unapologetic self therapy and awareness raising empathy. In Black Mass Lyus is saying “This is what it’s like. Look at me.” For this bravery alone he must be applauded. 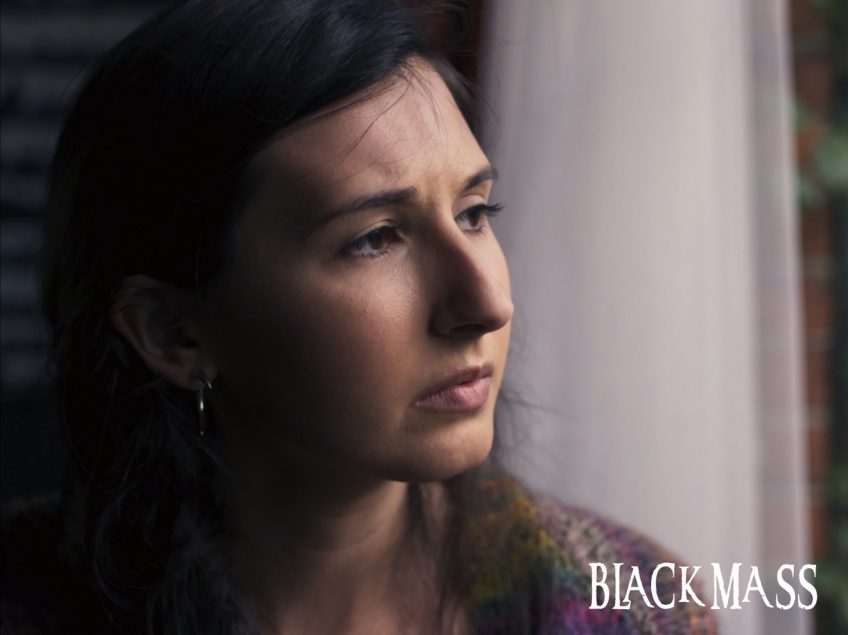 Let’s not forget however that Black Mass is a film, that delivers scares and thought provoking story telling. Pacing is perfect as the slow burn build leads to a heartbreaking conclusion. The monster of the piece ‘Darkness’ could well become iconic with special effects that would be at home in any big budget scare fest. Technically the film uses clever lighting and colour grading to invoke claustrophobia and the draining wash that depression can bring. A small cast of actors, Charlie Bond plays cynical upbeat ‘Jessica’ while Johnny Vivash plays the broken and tormented ‘Charlie’ with subtle excellence. Sophia Eleni drives the story forward with her anguished ‘Meagan’ and for me is the performance of the film. My only criticism being at just over 10 minutes, I wanted more! This piece absolutely moved me.

I urge everyone to see Black Mass and I can’t give it anything less than 5/5 stars.
Scott Lyus is one to watch. 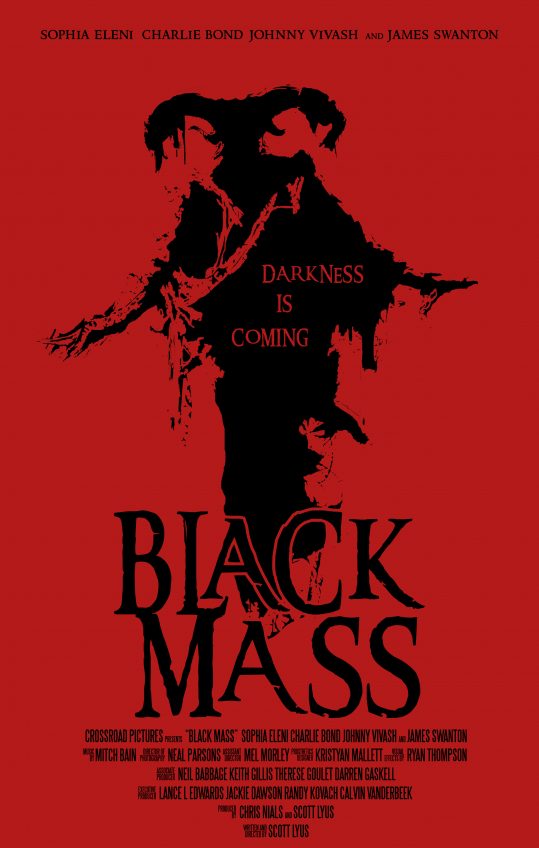