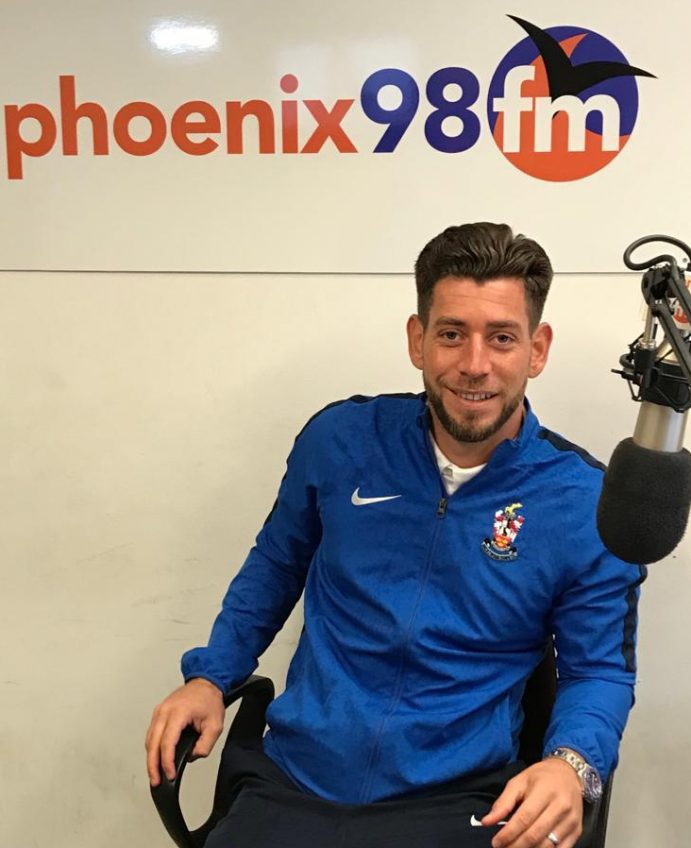 Saturday’s show we were lucky enough to hear from Ryan O’Rawe, Brentwood Town’s 1st Team Manager. He called in to talk about his teams earlier draw against Great Wakering Rovers. The game, played out under a deluge of rain turned out to be a great game for the neutral supporter, but I could not imagine there were many in attendance at the Brentwood Centre Arena.

Those lucky enough to be at the ground saw a very physical performance from both sides.

A great start to the game from Brentwood was topped with a goal on 31 minutes from Abdus Salami – an apparent screamer of a shot, some reported could have been considered a cross. But there was no taking away the goal from the centre back following his surging run from deep.

Former Brentwood Town player Josh Wiggins equalised and took the lead for Rovers with two quick goals early on in the second half.

But it was Brentwood and the skipper Michael Toner who rescued a point following his conversion of late penalty.

The draw helped both sides respective league position. But it would be Brentwood who would have been the happier of the two sides, but as Ryan mentioned no teams looks unbeatable. And on current form Brentwood’s ability to score goals does not seem to be an issue to worry too much about.

Looking ahead to next weeks game sees them travel to Suffolk and face Felixstowe and Walton, who at the moment sit below Brentwood. A win would no doubt be welcome and help Brentwood continue a good run of games unbeaten.

You can listen to Ryan’s view of the game below….