Written by Chris Stagg in Words and Sound👁 777


Chris Stagg presents Words & Sound, the arts and culture podcast on Phoenix FM. In episode 8 of Words & Sound, my special guest is actor, writer and producer Tony Sands. Tony and I discuss his short films The Bench and Echoes of the Passed, as well as upcoming comedy horror; Eat Me Out of House And Home. Tony also tells us all about his new Directorship of the Unrestricted View Horror Film Festival starting 28th October. All music played has been specially selected by my guest, and tune in to find out how Tony does on the returning Words & Sound quiz. 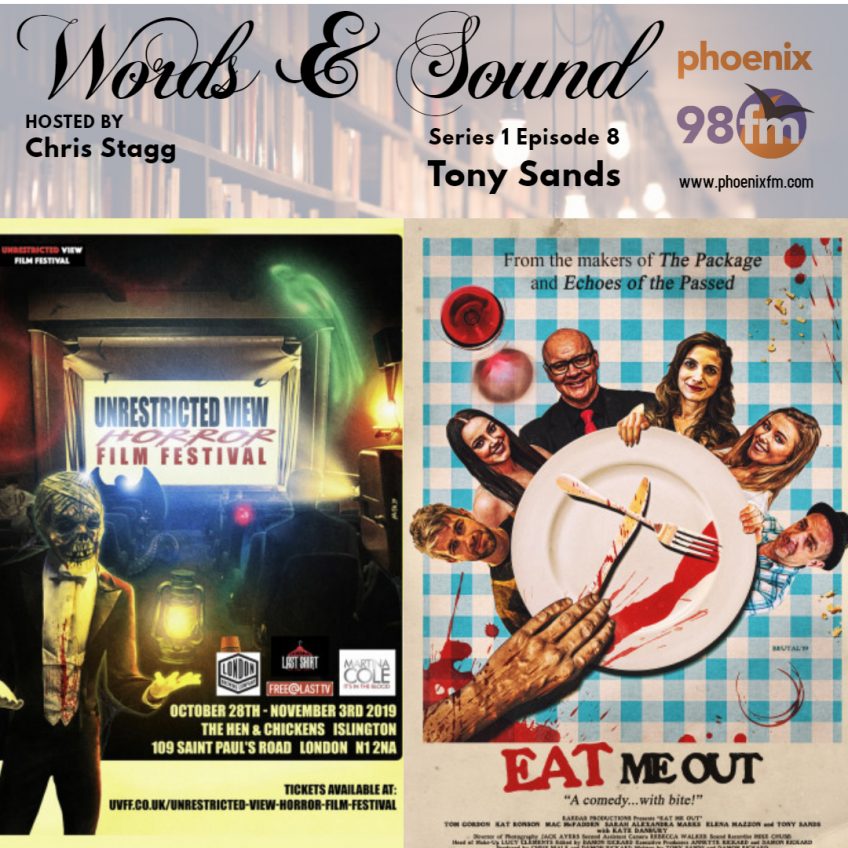