On today’s show we discovered that NETWORK RAIL seem to have been generously dishing out some not insubstantial sums for claims submitted by people in respect of compensation for a diverse number of reasons. 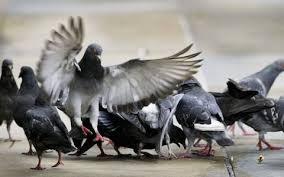 Over the past 5 years it has been recorded that they have coughed up more than £950,000 including one for £28,000 after it was claimed that a passenger may have slipped on pigeon poop at Paddington station, £10,000 was shelled out to a passenger who reportedly slipped in a large puddle of water whilst crossing a bridge at Leeds station and £17,000 to a passenger who slipped on an uneven surface at Euston station.

Even a passenger who slipped on discarded tomato ketchup at London Liverpool Street was awarded £6000.

The lowest amount paid out was £10 to a passenger who said they had suffered personal injury and damage to a suit when they slipped on ice at an entrance to Victoria station.

Indeed Victoria station tops the list with 44 successful claims. This was followed by London Waterloo and Leeds (both 32), Euston (27) and Liverpool Street (24).

Better get your lawyer cracking now if you don’t want to miss out!

The subject chosen by MARGARET MILLS this week concerned the TAYLOR SISTERS of COLCHESTER.

The Beverly Sisters, they are not so you could be forgiven for never having heard of them but I bet you remember the nursery rhyme “TWINKLE, TWINKLE LITTLE STAR”. If you missed what Margaret told me about their connection with this favourite tune, listen again here: –