I think I may be in trouble!

On today’s show we heard why the accountant who allegedly stole more than £260k from his employer, MR CLUTCH, which left his colleagues without pay for 5 months and pushed the company to the brink of bankruptcy, has been told by magistrates that he only needs to pay back £1.

Incredibly, when it became clear that he would be caught, the miscreant spent a weekend partying, managing to blow £150k in a single night on 10 escorts, numerous bottles of champagne and cocaine.

He told the court that he was determined to go out with a bang!

Magistrates were told that the 38 year old man, named as DARREN CARVILL, had started out by making fake payments to himself after allegedly being bullied at work.

His barrister told the court that he had had a very unhappy life, being constantly bullied, suffered from very low self esteem and social awkwardness.

Nevertheless Mr Carvill himself was full of praise for his employers, who he said had shown him nothing but kindness, however it seems that there was at least one person who had subjected him to ridicule and caused the downward spiral.

Carvill admitted 18 charges of fraud and was sent down for 2 and a half years.

One of the directors of the company told the court that Carvill was a respected and trusted employee of the company who had worked long hours and did good work.

I wonder if given such a glowing testimonial, they will take him back after he’s served his time! 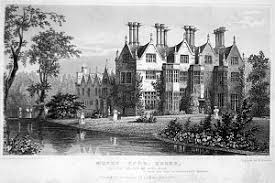 In the second hour I was joined once more by MARGARET MILLS who told us all about MOYNES PARK HALL in Steeple Bumpstead, and its connection with JAMES BOND – 007 himself no less. If you missed it you can listen again here to what Margaret told me: –