A break-out of marriages!

Written by Scott Ross in Bygones and Essex Tales👁 606 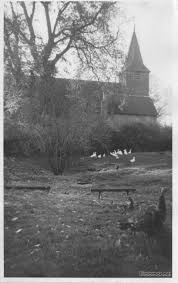 On today’s edition of our BYGONES feature, Margaret Mills took a close look at the village of Birdbrook, near Steeple Bumpstead, where it seems that there was an outbreak of multiple marriages – one woman apparently entered into no less than 9 marriages whilst another man also buried in the same churchyard was recorded as having had no less than 7 wives – not all at the same time, I hasten to add.

Listen here to what Margaret reported on these somewhat unique characters: –