Written by Chris Stagg in Words and Sound👁 173


Last night, I experienced the greatest gig I have ever been to, as German Industrial Metallers; Rammstein, roared into the Milton Keynes MK Dons stadium for their only 2019 UK stop on their massive European stadium tour. The Rammstein boys have been doing this for nearly 30 years and their live shows keep getting better. They are simply the greatest and most spectacular live metal band in the World, and everyone should go see them at least once for an experience they will never forget. 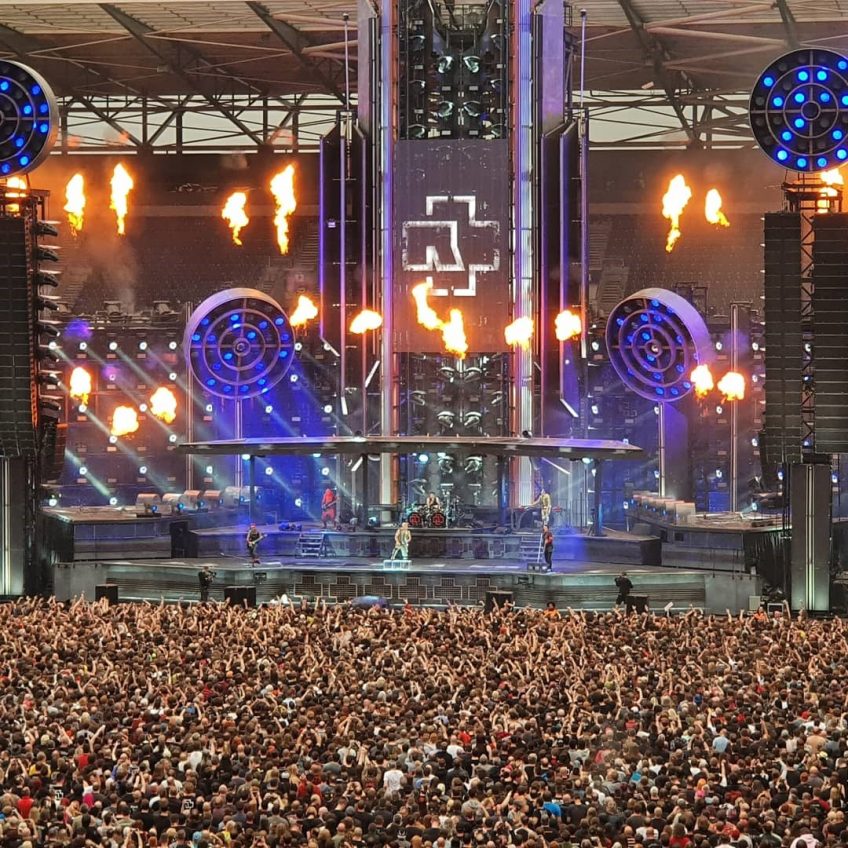 Rammstein have always been a band that have done exactly what they want.  They do what they want on stage, unafraid of sparking controversy and they don’t feel pressured to churn out album after album. This years self titled new album arrives 10 years after the last and it sounds incredible. Keyboard player Flake has been let off the chains (perhaps literally) and so there is a noticeable increase in Euro Pop and Electronic influences into this Metal bands repertoire. The album is fantastic (possibly one of their top 3) and of course many of the tracks have made it into this tours set list. 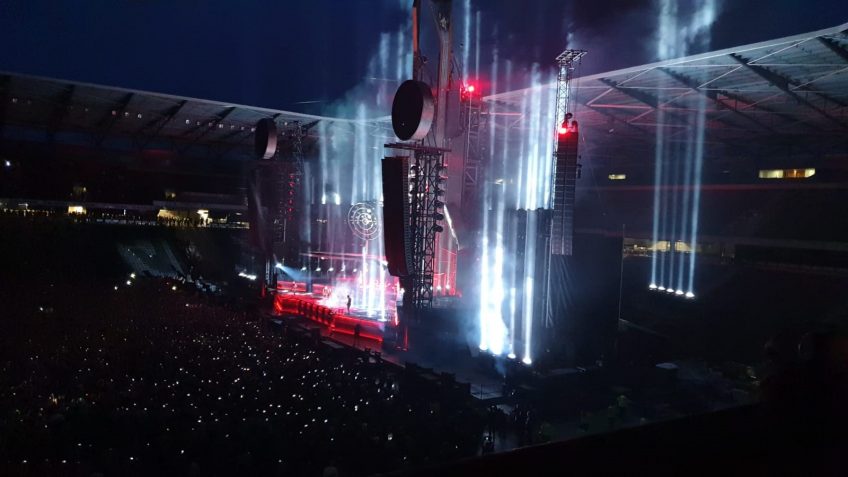 And what a set list it is. It’s very difficult to pick out highlights, as songs are played from all of their 7 albums. Opening with ‘Was Ich Liebe’, gave a slow and unnervingly menacing build as thick black smoke poured from huge towers. ‘Deutschland’ and it’s Richard Kruspe remix, gave us perhaps the most anticipated new tracks live performance, and a classic ‘Buck Dich’ reminiscing dance number, complete with light up jump suits for the band. ‘Puppe’ was chilling, as a hideous baby spewed black confetti ash from a giant burning pram, as lead singer Till Lindemann tottered around the stage like a the aforementioned puppet. 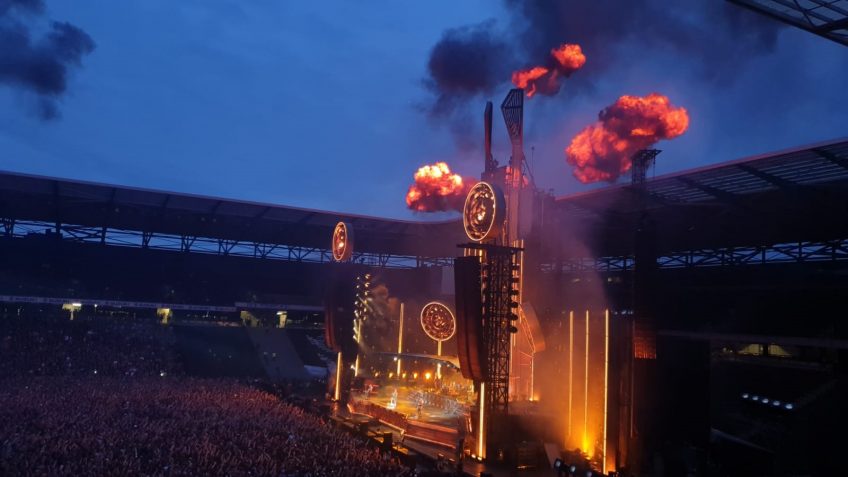 But there were plenty of old tracks too and though in places the stage show has been tweaked; such as Tills burning armour dropped during ‘Rammstein’ in favour of a huge multi flamethrower spewing back pack, the tried and tested production of ‘P****,’ ‘Du Hast’ and ‘Du Reichst So Gut’, were still an amazing spectacle to behold. 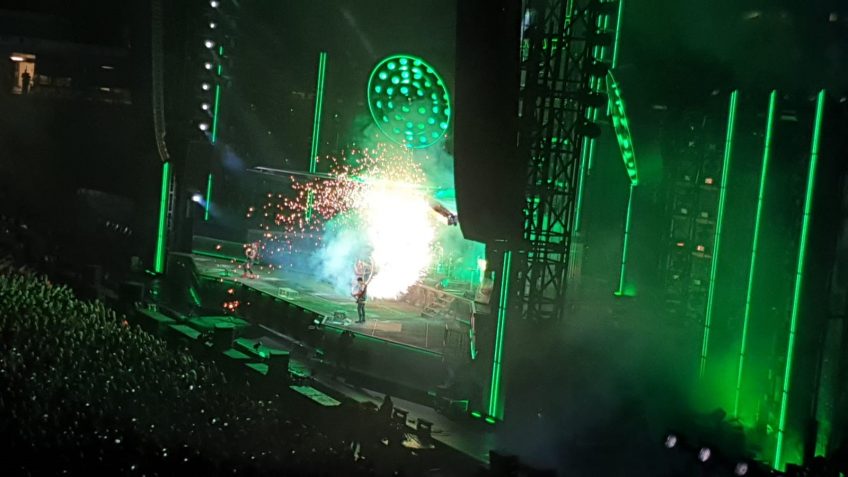 Personal favourites of mine from the old stuff were, the band arriving across the crowd in rubber dinghy’s after a beautiful piano interpretation of ‘Engel’ (with support act Duo Jatekok ) from the second stage. Hearing ‘Senhsucht’ blast around the arena to Tills thumping hammer move. And the breath taking pyro of ‘Du Hast’ and ‘Sonne’, the later of which was as if the band were literally trying to set the sky on fire. 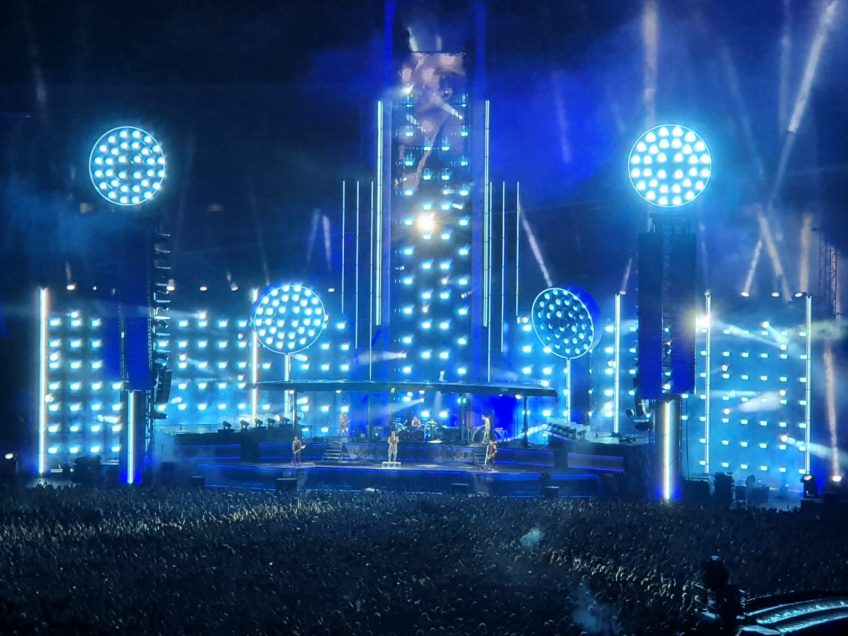 Rammstein’s live show is something that writing about, can’t do justice to. You have to see it. Fire, explosions, fireworks, dry ice, confetti, black smoke and an amazing light show, all erupting from a post apocalyptic oil rig come industrial cathedral. But don’t assume then that the music is somehow secondary. Rammstein make dark, funny, intelligent, and controversial tracks, that set the bar for metal music whether you see them live or not. Their music is very heavy and very very good. But believe me when I tell you… you must see them live. Then you will feel the full force of their power hit you; be it the pounding percussion of guitars and drums, or Tills unmistakable baritone. See them live and you will see they are the greatest metal band in the World. 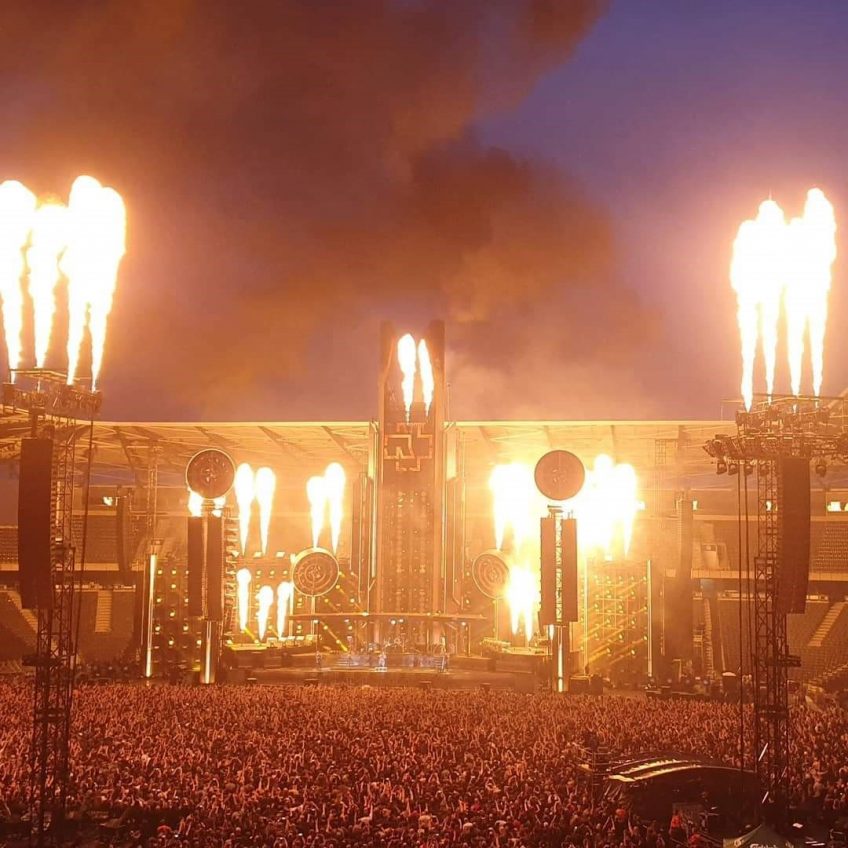