This month Saint Francis Hospice had the pleasure of welcoming four members of West Ham United women’s team for a tour of the Hospice. It was an opportunity for the ladies to find out more about the Hospice’s services and how the Hospice supports the local community, supporting individuals with life-limiting illnesses. 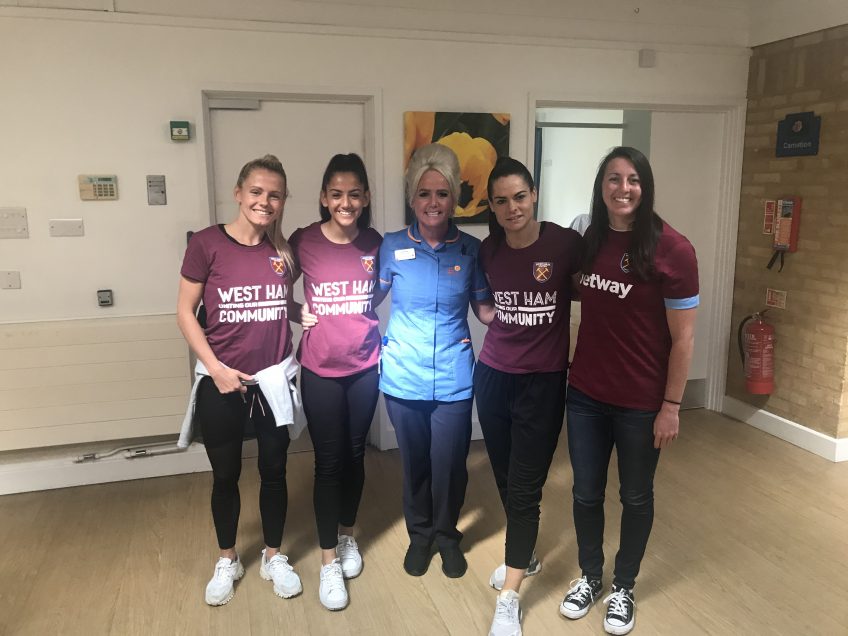 West Ham United players Rosie Kmita, Claire Rafferty, Erin Simon and Julia Simic, spoke to both outpatients and inpatients during their tour. Inpatients even had them singing the Hammers’ most famous chant ‘I’m forever blowing bubbles’ on the ward!

The ladies met with Tracie Brennan, Head of Therapeutic and Well Being Services at the Hospice, who said that “seeing such a young group of women come in, spend time and interact with the patients was amazing.”

“It really bought a tear to my eye when they all sang ‘I’m forever blowing bubbles’ with some of our inpatients, a very special moment” said Tracie, who works very closely with both patients and staff. 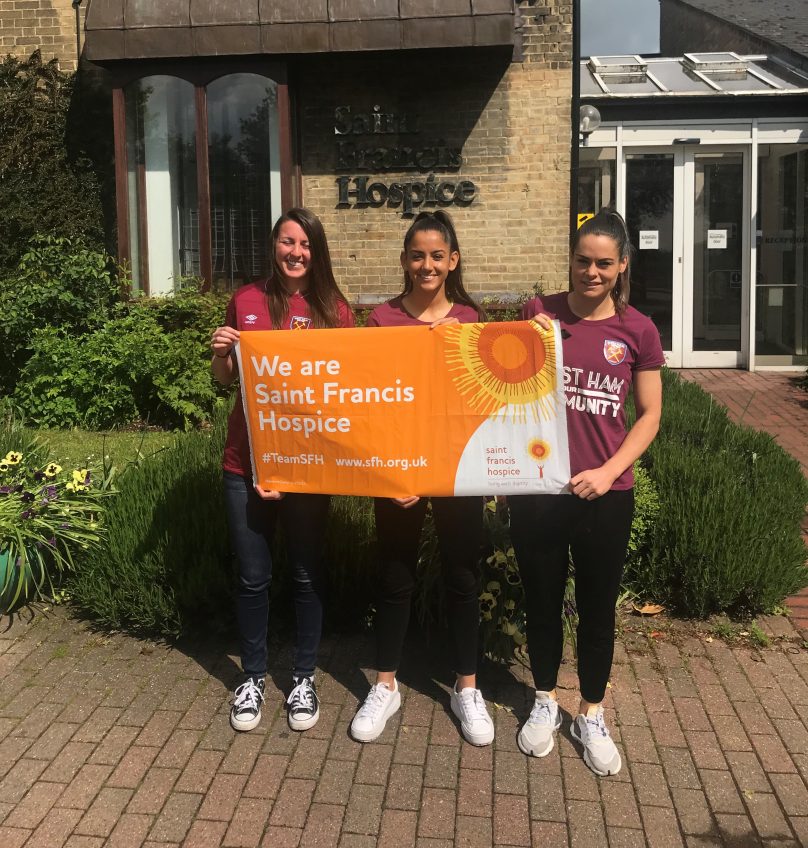 Saint Francis Hospice was named one of the seven charity partners chosen by West Ham United Football Club last year. Each of the Club’s chosen charities reaches out to a different scope of people, communities or beneficiaries.

Our Chief Executive Pam Court said: “Many of our patients, their families, and our supporters are West Ham fans so it’s wonderful to have this backing from our largest local football club.”

Each of the Club’s charity partners receives one game each season dedicated to them, providing an opportunity to raise awareness with the West Ham community. Saint Francis Hospice’s game took place on Monday 4th February 2019 when West Ham played Liverpool at the London Stadium.

To find out more about the Saint Francis Hospice and West Ham partnership go to https://www.sfh.org.uk/west-ham-partnership